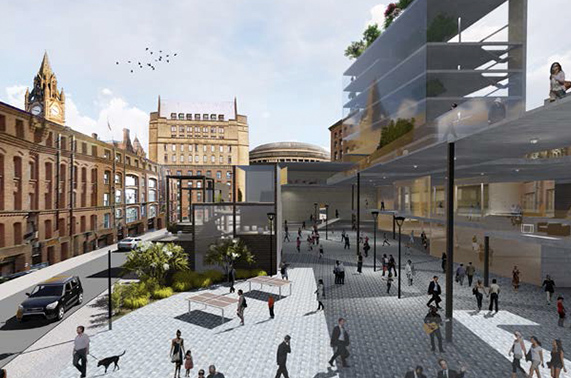 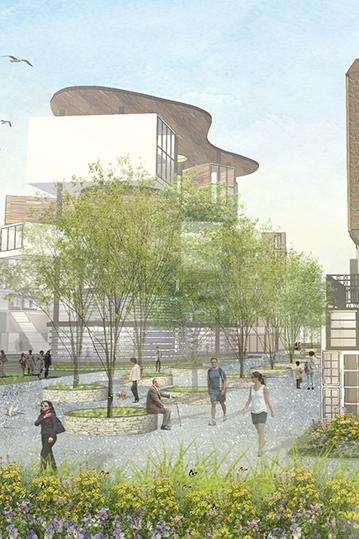 MA Architecture and Urbanism allows you to study, and conduct in-depth research into the influence of global cultural and economic forces on contemporary cities.

Throughout the course, you will explore the design, functioning and future of urban situations in written, drawn and modelled work that builds on the legacy of twentieth century urban theory and is directed towards the development of sustainable cities.

The course is therefore perfect preparation for careers in roles associated with the development of sustainable urban spaces.

A taught postgraduate course that conducts research into how global cultural and economic forces influence contemporary cities. The design, functioning and future of urban situations is explored in written, drawn and modelled work that builds on the legacy of twentieth century urban theory and is directed towards the development of sustainable cities.

This course offers a choice of either starting in September or January.

These design projects for the development of the Bootle Street site in Manchester were inspired as a response to the current, proposals unveiled in August 2016 for two dark metal towers to be placed on the site adjacent to Albert Square and Manchester Town Hall. St. Michael’s, as the project is called will, in the view of the 1500 people who objected to the planning application, have a negative impact on the district and presents an excluding attitude to life in the city.

Eighteen international graduate students on the MA Architecture + Urbanism course spent two months designing alternative projects to the pair of towers. These projects display a range of attitudes to the different existing buildings on the site, the Sir Ralph Abercromby pub, the Manchester Reform Synagogue and the former Police Headquarters building.

The students of the MA Architecture + Urbanism course continue their research and design in the field defined by UN Habitat as the ‘The New Urban Agenda’. To this end they explore locally attuned aspects for the global urban issues of the workplace, housing, public space, infrastructure, leisure, heritage and development. The locations for this year’s thesis projects, to be presented in final submissions in September 2016 are Beijing, Bursa, Chongqing, Fangchenggang, Havana, Jeddah, Piccadilly Gardens and First Street Manchester, Mars (which will be explained later!), Salford, Salzburg, Shanghai, Suzhou, and Tabley in Cheshire. At a range of scales and densities of occupation the projects explore the urban dimensions of the architectural intervention, balancing the pragmatic and the conceptual.

The students complement and inform their design projects with a series of student led discussions on the history and theory of urban design from the end of the nineteenth century to the present day, and the writing of dissertations on diverse subjects such as the notion of Smart City as applied in Indore, the questionable claims of public space for the proposed Garden Bridge across the Thames, and on a more philosophical level the misuse and misunderstanding of ‘nature’ by contemporary architects.

To explain that reference to Mars, MA A+U are especially proud this year with the success of Karan Gandhi who graduated in 2015 from the BA ‘Coexistence … in Theory’ studio. Karan’s shortlisted entry for the Mars City Design competition has led to him being given a NASA badge, a Martian passport and the opportunity to develop his proposal further at the University of Southern California during the summer. Also in the summer MA A+U will be participating in the 2016 Venice Architecture Biennale ‘Reporting from the Front’ with their annual symposium entitled ‘Frontiers of Responsive Architecture’ in June. Follow @FORA2016 for frequent twitter updates.

Through this course you will begin to engage directly with a chosen research subject area, gather data and formulate an original approach in your practice. You will synthesise your project culminating in the production of a leading-edge proposition until you present and contextualise your thesis. This internationally based course actively disseminates students' thesis work through conferences, exhibitions, competitions and publication.

This course can be considered as partially meeting the requirements for recognition at Part 2 level (RIBA/ARB) through APEL provisions applied to individual graduates. The course is jointly accredited with The University of Manchester.

Self, peer and tutor-based assessment methods.

Research Methods is an opportunity for you to explore techniques and processes that inform design as a spatial practice in architecture and urbanism.

Cities and Urbanism : Ideologies and Futures

Cities and Urbanism : Ideologies and Futures

A seminar series delivered by the students exploring the history and theory of architecture and urban design, using key texts identified by the Unit Leader.

This unit is the first in a series of Studio Units, it forms the basis for a design thesis project during the programme of academic study. It typically explores issues in the design of cities, urban space or urban scaled architecture. This unit will engage with urban environments and/or ideas connecting local and global issues and opportunities

This unit is the second in a series that form an academic design thesis project. It typically builds upon the findings and themes established in Studio A. This enables you, through discussion with the studio tutorial team, to identify and refine project opportunities at a variety of scales that respond to the urban condition in both local and global situations, to nominate and agree a situation within which the thesis project will be developed and executed.

This is the final unit in a sequence that forms an academic design thesis project. It typically establishes formal and operational aspects of the proposition and includes an investigation of significant interpretative strategies that are critical to the thesis. It typically communicates final resolution to professional presentation standards and includes a critical study in a significant aspect of the realisation of the project.

This unit provides the opportunity to explore, substantiate, communicate and disseminate the research trajectory of a written thesis in architecture and urbanism through the media of an extended piece of disciplined academic writing. Academic writing is supported through the highly structured and intensive tutorial programme: Dissertation Bootcamp. This is designed to provide personalised academic training in the production of high quality written outputs.