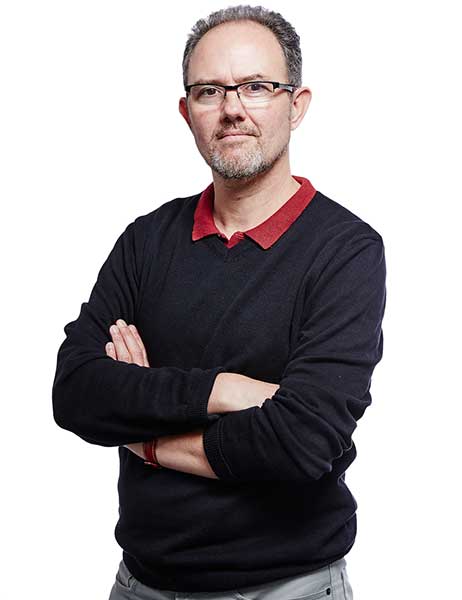 Like many others, I was a late convert to landscape architecture. Whilst living and working in Barcelona, I looked on as the city was transformed in the build-up to the Olympics of 1992. Much of the transformation was through the appropriation of spaces for people. The extraordinary energy and confidence of the city at that time expressed itself in the design of squares, parks, boulevards and incidental spaces, which dramatically changed the environment, quality of life and image of the city. This inspired me and led me into the profession which I eventually discovered was behind much of this work. Since then, I have never looked back, coming to Manchester to study at MMU in 1994 and subsequently working in a diverse range of local practices for more than a decade, before joining the MSA in 2010 as a Senior Lecturer.

Teacher of English as  a Foreign Language, Barcelona, Various Institutions, 1987-1989

I was instrumental in the planning, design and delivery of the Master of Landscape Architecture which replaced the previous MA in the subject in 2016. I am still closely involved in its teaching and closer integration within the school of architecture .

I have been involved in supervising three PhD's, most recently Dr Joanne Phillips work on the impacts of HS2 on the landscape and community of Manchester's periphery. I am currently on the supervisory team for Sarah Walker on Creative Engagement in Urban Greenspace.

In a partnership lasting over 4 years with Bolton at Home, I led a team which looked at strategies for investing in public and communal space as a means of improving the environment and pride of communities in social housing estates across Bolton. We also designed and implemented four ambitious pilot schemes to demonstrate the impacts of significant environmental improvements. These were developed through close consultation with local communities and have been enormously popular, paving the way for a 20 year strategic programme of investment in the external environment throughout the borough.

A visionary project to restore a largely forgotten and ignored river into a major new linear park running though the heart of Greater Manchester. The project aims to create 8km of new footway and cycleway providing sustainable linkages between a range of important focal points of the city, as well as improving connections across the river through several new footbridges and enhancements to existing crossing points. In addition a number of new public spaces will bring new focuses of life and activity to the riverside and enliven the routes.

A project to transform a large city centre campus of Leeds Met University into an urban quarter, closely integrated into the fabric of the city. A key part of the masterplan was the creation of a hierarchy of pedestrian routes and spaces linking into others in the surrounding area. The proposals reflected typologies of streets and squares found in Leeds city centre and aimed to reinterpret these to create a centre of education and high technology for the 21st century as well as a new hub of life and dynamism on the edge of the city centre.

The preparation of a strategy and masterplan for the restoration and reinvigoration of a chain of 5 historic parks in the Derwent Valley, Derbyshire Dales. Extensive historical research into the original design intentions of this unique complex of parks was combined with detailed analysis of the needs and aspirations of the community and visitors, as well as the international significance of the habitat and geology of the area. A complex design strategy was developed to balance these widely differing elements, that ultimately formed the basis for a successful bid to the Heritage Lottery Fund for £2.2m of funding.