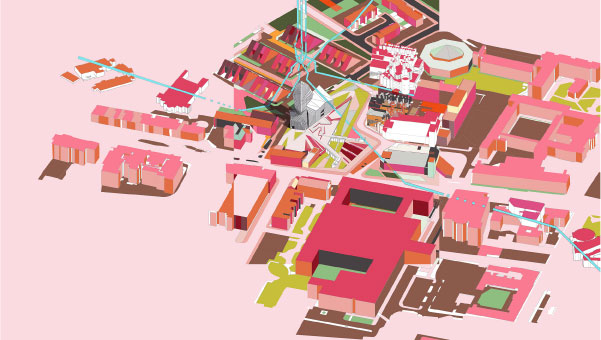 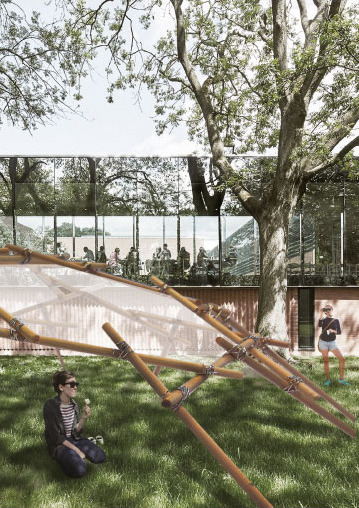 You will start with a series of small projects where you will accumulate knowledge about the body in space and the design of small enclosures for specific activities. These studio-based projects are supported by a skills programme where the essentials of drawing, modelling and software based representation are taught. History and theory is taught through lectures and seminars, and you will write reports and essays based on desktop studies and building visits. Technology learning involves the production of case studies and models to demonstrate an awareness of the materials and detailing of buildings.

This unit establishes the principles and skills in research, analysis, argument and representation that support an understanding of architectural design.

This unit applies the developing knowledge and skill base to projects that begin to promote the integration of sensual, functional and technological considerations in architectural design in a contemporary cultural setting.

This unit introduces students to the historical, social and cultural contexts for architectural design and develops skills in research, analysis academic writing and visual representation.

This unit introduces students to the technological contexts for architectural design and develops skills in research, analysis technical design and visual representation.

Year 1 introduced the relationships between people, site and space through the uniting theme of Music, which has a rich history and relationship with architecture in our city. This, and the site for the year were consistent and allowed students to accrue an in-depth understanding of the situation in addition to their own individual and shared interests. Projects tested ideas at a number of scales on urban sites in Manchester stretching along a section of the deeply diverse Rochdale Canal between Oxford Road and the Castlefeld Bowl. The site and theme afforded students the imaginative capacity to develop interventions at a number of incremental scales. Through the design of a series of spaces and starting with a specific piece of music, chosen by the student, ideas concerning the interface between audio and visual senses were introduced, with a particular emphasis on examining how the relationship between music and space has manifested through time. By researching the qualities of the urban environment and its influence on music, some interesting themes were uncovered, including the complex social, economic and political cultures that give rise to music and its architecture.