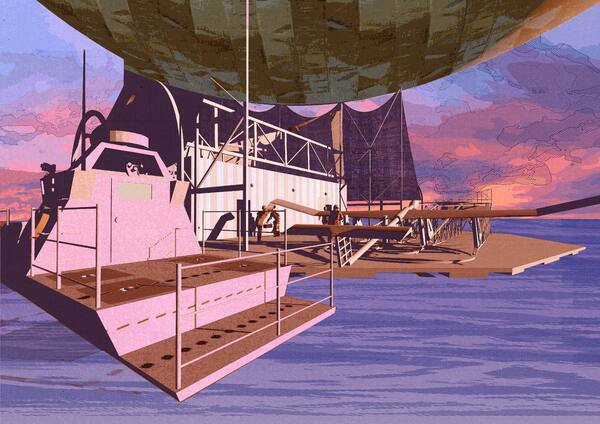 This research project began by examining the implication of the current anthropogenic border system centred around extraction and exploitation with little consideration of the ecology of the North Sea itself. This led us to conclude that a more flexible system of drawing borders that prioritises ecology is needed. The proposal replaced the current rigid lines in the sea with a 20:80 moving border that allowed a 20% zone of hyper-extraction whilst protecting the remaining 80% of the North Sea.

As such, the management and control of this system is crucial in order to accurately account for whether the sea ecology is effectively being protected and to assess any future changes to the system. The individual research project that carried through studio 2 and 3 followed on from the group proposal of a layered, adaptive system explored in studio 1. ‘The Beacons’ proposed a way in which this could be managed through the development of both permanent and floating sea-based monitoring hubs.

After understanding the physical requirements that were needed to create the monitoring structures for this moving border system, studio 2 ended with the question of what it would be like to live in this autonomous world. Where do humans fit in? Studio 3 addressed these questions through diagrams, drawings and a series of visuals that considered the threshold between the autonomous world and human world.

As technology continues to infiltrate society, autonomy is becoming more common. Whilst this may not appear ‘natural’ at first, perhaps technology has a place in a new kind of nature. In this way the proposed hubs can be seen as a manufactured extension of the seascape designed to cater to the needs of the sea. 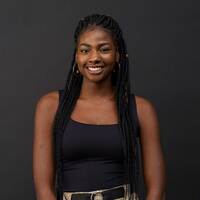