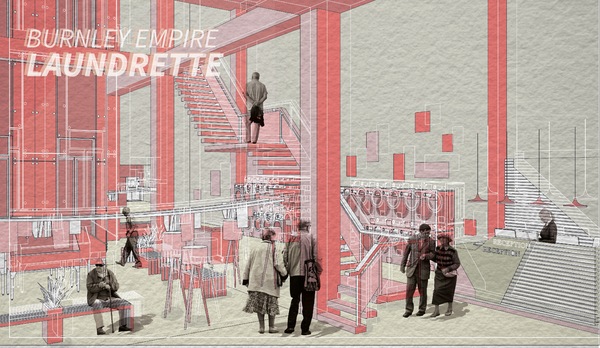 Dementia: Reminiscence as a Tool for Change

The Levelling Up government scheme and the area of Burnley is the contextual backdrop for designing my scheme around an actor group: the ageing population of Burnley. There’s a focus on those with dementia, as it was a group I feel was neglected in the group and wider community. The project is a re-use scheme, taking the building of Burnley Empire Theatre, which was once an ornamental masterpiece, and now sits neglected and unused. Spatial recognition, comfort and reminiscence were key themes throughout my dementia orientated project, linking both actor and site. I developed three main spaces: a laundrette, a dance hall, and a therapy space.

The laundrette is an amalgamation of practicality for the community meeting therapy in the modern growing crisis that is dementia. It tackles issues surrounding the energy crisis, providing laundry services in a community that is one of the worst affected for poverty in the UK. However, this idea also tackles issues around loneliness amongst the ageing, with seating and spaces promoting socialising while you wait. This space is also a tool for dementia support, with its design having a reminiscent touch, supporting brain stimulation.

The theatre is refurbished but restored, highlighting the value of the original Bertie Crew interior. The new function of the space, a dance hall, provides the elderly a space that physically, mentally, and socially benefits them.

Although there is a therapy building, the ideas of therapy as a tool for support in dementia and for the wider community are spread around the whole design. My final iteration within my project was to create small intervention pods, the Therapods, to use as individual spaces to reflect, reinspire and reignite elderly people with music, and other sensory tools. 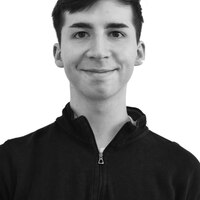