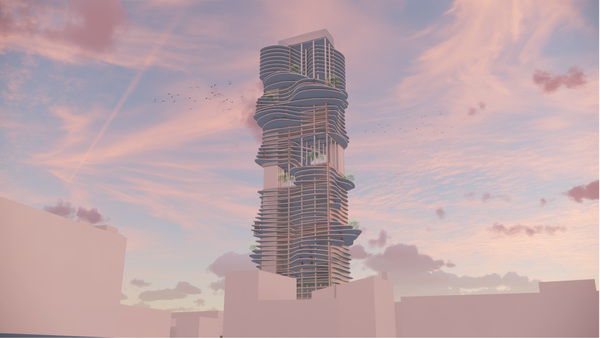 Shroom 2.0 is in the heart of Ancoats, New Islington. This project formed by exploration of organic mushrooms found on site was dissected and explored to understand the nature of forms and natural wave patterning. This was explored throughout my pavilion project in 3.1 as creating a public realm was the key agenda of my design due to the lack of social spaces found surrounding site.

Surrounded by geometrical high rises and residential buildings, the site served no strong sense of purpose. My position as a designer was to change this stigma that designs of tower and pavilions had to maintain geometric forms, and this was explored through creating a transition of this stigma through integrating organic forms within my pavilion which led to Shroom 2.0 - a tower led by organic form. The attempt to recreate and mirror waves and internal structures found within the mushrooms on site through the facade systems for my tower was evident. It was an integral part of my design that I created spaces which promoted public contact and created space for community within the tower, therefore the programming within the structure was public centred helping create a transition of spaces from public spaces to private office spaces. My agenda while exploring the tower was to create spaces which help connect public to private users as well as disconnect through spatial organisation and green spaces, within my scheme this can be seen developed through split floors and larger green spaces throughout the structure. While developing my project, another integral concept of my scheme became the readapted use of my structure during its afterlife as an office building. This was important as considerations of sustainability and repurpose was explored extensively to break the stigmatization and branding of towers as unsustainable. 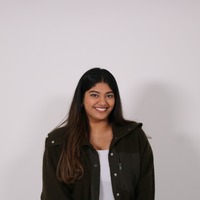