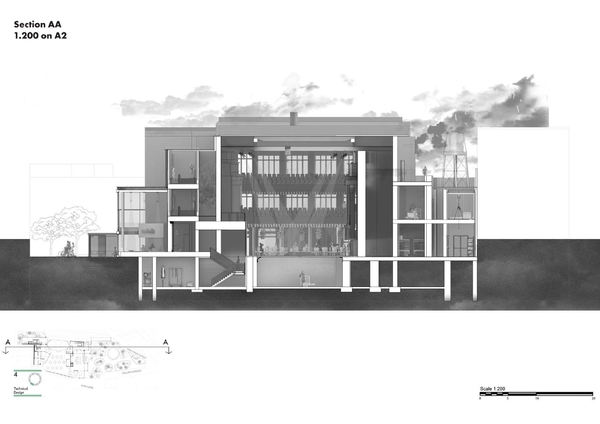 We live in an increasingly separated world, where cultural differences can stimulate conflicts among people. These disparities act as a catalyst to marginalize certain communities that are deemed unfit for the moral framework in place.

This project encourages collective efforts for integration through cultural understanding, using arts, cooking and development as a medium of interaction between various users.

Driven by the concept of sustainability, the scheme consists of retrofitting the existing bright coloured interiors of the 19th-century theatre, while creating new flexible spaces that would support the integration needs of Burnley Muslim immigrants.

The threshold between the high street, body of water and the new interventions was filled with outdoor green growing spaces that will improve Burnley’s citizen quality of life. These additions complement the masterplan, aiming to revive the river line through accessible walking paths.

The complex programme in a limited space was achieved by incorporating mechanical structures that offer multi functionality. Manually activated devices that create kinetic architecture were included allowing users to divide, close and open the interior spaces based on their needs. This way, the main dining space can operate as a food bank charity during the day and as a restaurant during the evening theatre performance, while the stage can also serve as a divided praying place.

To support the different purposes of the theatre, auxiliary spaces such as a foyer, cloakroom and kitchen were created on the ground floor. The first floor serves as a cultural integration space, including study and meeting rooms where people learn employability skills.

The permeable facades, made from polycarbonate are designed around the concept of a burka. The ephemeral qualities of the material allow a subtle shift throughout the day, allowing only shadows of the movements to be seen and illuminate the surroundings at night, offering complete visibility inside. 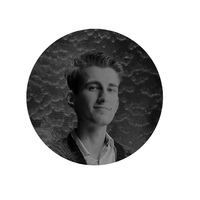