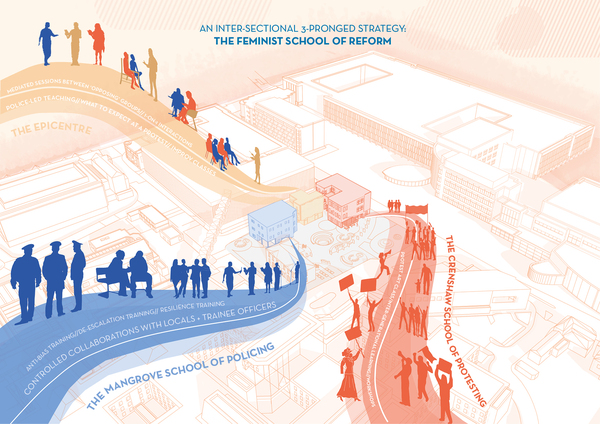 The Feminist School of Reform stems from intersectional feminism and the idea that one's privilege can lead to the discrimination and oppression of minority groups. The scheme emerged from the proposed Police, Crime and Sentencing Bill, and its potential to make protesting a criminal offence, as well as increasing stop and search powers given to the police. This bill, paired with the already disproportionate targeting of ethnic minority groups, paints a dark picture of over-policing and increased violence carried out by police officers. As civil unrest worsens, the tensions between the minority communities that surround the site, protesters and the police will eventually reach a violent breaking point. Therefore, this has resulted in a 3-pronged approach to reform: through the education of protesting, a reformative police training programme and a collaborative building centred around mediation.

The Crenshaw School of Protest aims to reference the historical significance of the site and its connection to protests, educate the students on successful case studies and highlight key techniques that were used to achieve systematic change through various sensory forms of learning.

The Mangrove School of Policing aims to educate trainee police officers about the dangers of bias and allow them to engage in feminist and interactive workshops centred around de-escalation, anti-bias and resilience training.

The EpiCentre programme strives for both parties to participate in mediated dialogues, in order to understand different perspectives. This is part of a police training programme, allowing trainee officers to hear from the local community in order to better comprehend the impact their profession can have on marginalised communities. 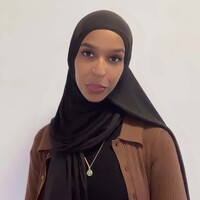