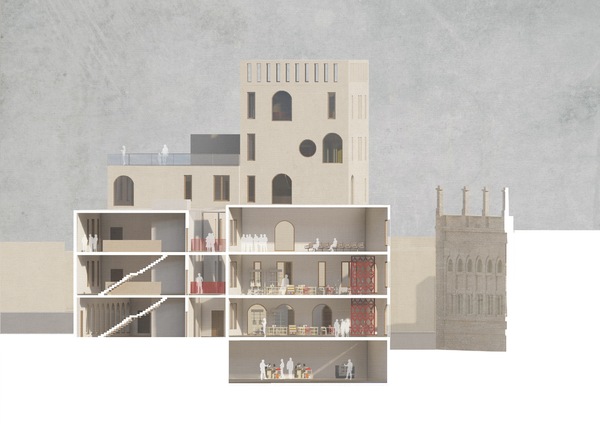 How does the proposal respond to its context and become Accrington’s new Urban Artifact?

Responding to the atelier’s brief by approaching Aldo Rossi’s concept of urban artifacts. (The Architecture of the City, 1984).

The building puzzles together fragments of Accrington’s values through its form, materiality and function. While some aspects are translated, therefore ‘alterated’ stylistically, the proposal constitutes the product of the collective, emphasizing on the co-dependency of the tangible and intangible. The building’s function roots from Accrington’s rich industrial heritage. The textile recycling and up-cycling act as the new craft, which respond to today’s climate emergency. The proposal encourages material donations, offers a place of exchange for the new up-cycled end products, as well as providing new local jobs. The existing Town Hall’s extension is being reused and integrated in the whole scheme. Locally sourced sandstone tiles are veneered to the CLT structure of the proposed set of buildings. Inspired by a 19th century fabric printed in Accrington, some of the façade’s tiles are CNC-ed with the translation of the pattern, as a celebration of the textile heritage. The pattern is also present in key interior spaces, as different architectural interventions (perforated metal screens, etched on glazing, auditorium’s curtains). Outdoor corridors are leading to the courtyard, situated in front of the Archive/Watching Tower. This exterior space emphasizes the existing solids and voids pattern of Accrington’s urban fabric.

I am passionate of storytelling and heritage in both its tangible and intangible forms. Actively volunteering on conservation sites in my home country, and I am keen on learning traditional building crafts. Main skills include 3D digital modeling, CAD,  rendering software as well as hand drawing. 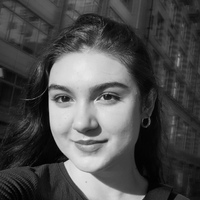