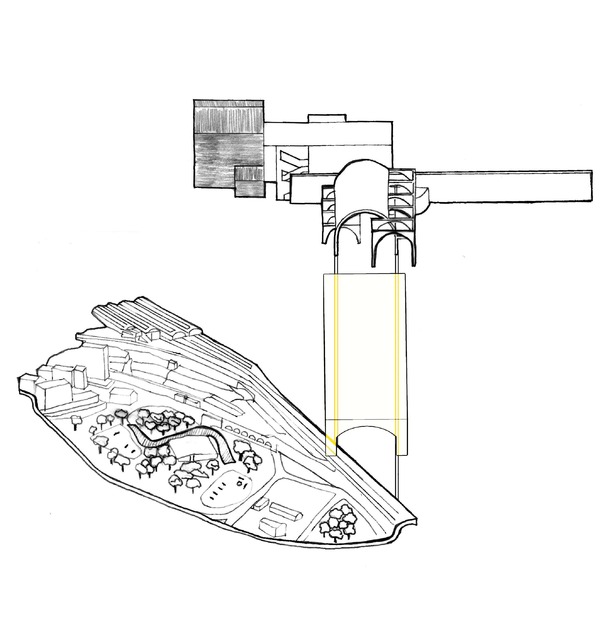 Stone Wall Studios embraces the history told through the texture of the mayfield and Ardwick site. The matter of concern is using real textures and materials from the site to construct a scheme that is both practical and

provocotive of Mayfields atmosphere and history. This can be done using geometry and surface,

space and solid form, and finding the balance between existing and new.

The use of reclaimed materials is a key concern in the project, and is done using materials that have been excavated from Mayfield and the River Medlock during the development. Cobbles and other recycled stone are displayed in a gabion wall which runs through the heart of the project and leads users over the river. Other materials are dotted around the site, used for outdoor seating and landscaping. An existing building is also repurposed as the private studios, this related to the flux position of creating a state of change while celebrating existing features of the site rather than starting from a clean slate.

The railway arches along Temperance street are a strong visual reference from the start of the project, and are echoed in the final design as a reclaimed brick barrel vault is used for the public studios, with smaller structural arches emerging from outside to inside and containing the glazed studio spaces.