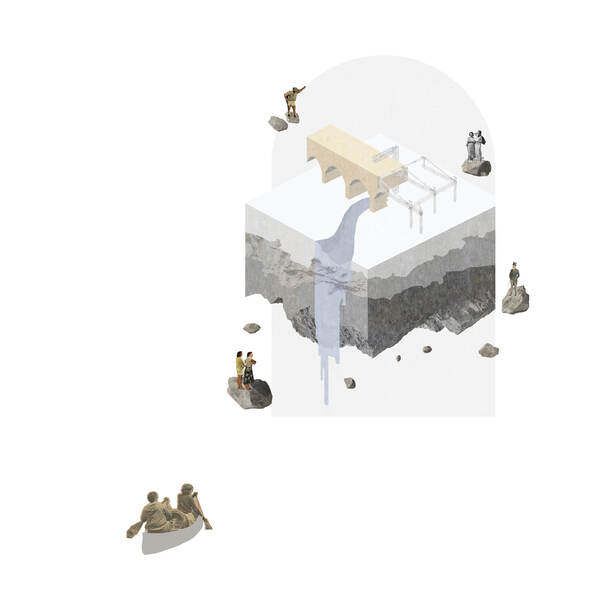 The Sunken Theatre is a community dramatic arts centre comprising the main house theatre with satellite cinemas. Cinematic viewing experiences are offered on a series of ramped walkways which form an elevated public plaza between the Mayfield live site and the Ardwick neighbourhood.

An interim cinema bridge system, new tributaries branching from the old, flows like the river beneath and beyond the vaults of the railway viaduct. Alongside it, the changing tides of the River Medlock echo in time with the main structure of the project, where the many stories and tales, ballads and rhymes, plays and dramas converge to hold the collective memories of Mayfield. The bridge system and theatres intertwine atop the river to settle among the grains of times before, rising from sediments. The theatre itself gives the opportunity for these yesterday spectres to materialise and be brought again to life before the eyes of their audience.

Mayfield, a sleeping industrial giant, thus awakens to a new vibrancy in the flow of movement and human touch congregating under the theatre’s common roof. Visual permeability across the structure blurs the boundary between the audience, passers-by, and nature, extending a gentle invitation for the river water to spill into the theatre courtyard, and the audience into the currents in turn. Users interact with the river from new vantage points, immersing themselves in unique experiences found in the “islets” - the satellite structures – anchored to the banks, on the crossing lengths of bridges that overlook the river and each other, on the metaphorical riverbed and in the sunken amphitheatre.

An amiable and affordable space thus evolves into a cultural and social hub for the wider district. 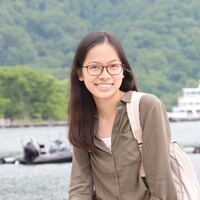