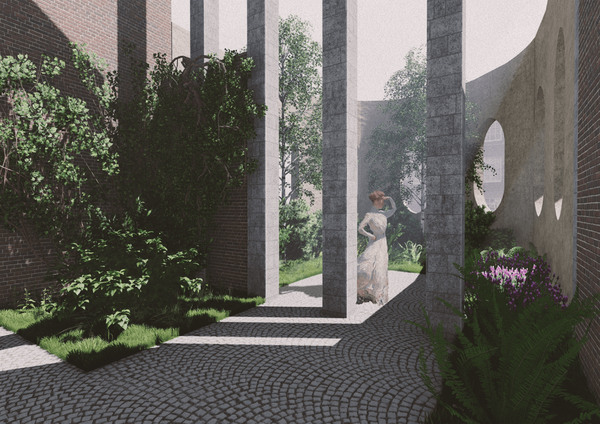 Sacred spaces facilitate crucial socio-cultural and non-capitalist networks within the contemporary city. These networks act as separate structures, forming individualistic processes as those that belong to different denominations of religion are separated within society through their buildings of belief. The benefit of these spaces is often lost to the non-religious as they fail to identify with the embodied sacrality of these sectarian spaces, often reducing them instead to the mere dogmatic following of a deity.

Conviviality of a broader spectrum of society, from the various entities of the religious to the non-religious alike, could exist through the creation of a shared sacred space, as communal benefit is gained through shared principle and practice. It would provide a refuge from the city, with its capitalist structures and auditory unrest. A non-denominational sacred space would facilitate reflection and ritual to those that seek it, evoking societal identity through a place of significance to all.