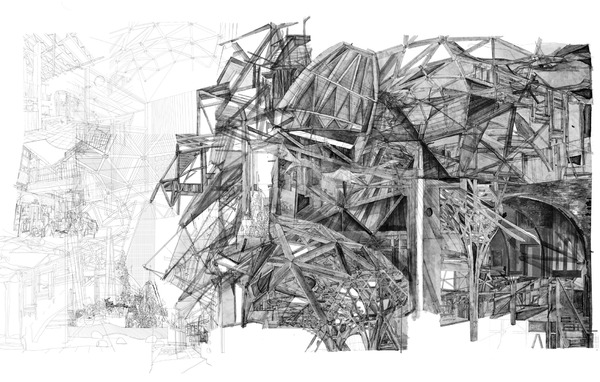 The project is an in-depth study directed towards the definition of queer space through the researching of the relationship between sexuality and space. Architectural representational drawings and collages are used as a means of thinking and of creating building forms. Drawings in the exhibition depict the blending of light and dark spaces, the overlap of programme and the combination of structural elements in order to create a non-heteronormative Feminist School. Drawings and digital paintings are used as a way of discovery, as a choreography of chance when it comes to the project’s design.

The presented images depict a series of experiments during the design process which were used both as forms of reasearch and analysis. The project uses feminism as an urban intervention to the site's hetero-normative architectural character. It explores architectural form as a tool of expressing certain moral and social values.

The project is highly based on writings like the "New spirit in architecture" by Peter Cook and and Rosie Llewellyn Jones and is inspired by artists and architects like Neil Spiller, Perry Kulper, Peter Baldwin, Lebbeus Woods and Bernard Tschumi. 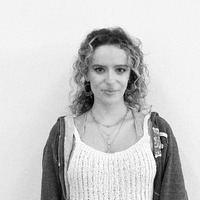