Is possible to provide a substantial and comfortable environment for non-humans and humans alike? Giving human beings greater rights than non-human animals is as arbitrary (and as morally wrong) as giving white people greater rights than non-white people. The core of the research question is how such space can be attained architecturally keeping an eco- feminist ideology intact.

The Toda tribe is one such example that has been practicing eco-feminism since years and years now. This vegetarian pastoral tribe living in the Nilgiri hills in southern India, is a community who worship the buffaloes they keep; their cattle are central to their culture. Buffalo milk and milk products formed the basis of their entire economy and for many in the tribe, life used to be as simple as melting butter at home and selling the ghee for whatever they needed.  However, the pasture land has come under recent cultivation by other people and much of it has been overgrazed by the buffaloes over the years. This threatens to undermine Toda culture by greatly diminishing the buffalo herds. Many of the Toda from the current generation of the community have flown to cities leaving their rich culture and heritage behind.

The project thrives to revive the community and resolve the issues of the barren land by proposing a landscape strategy and creating a revised model of the tribe using the locally available materials on their native land. Introducing synanthropic (co-habitat) spaces to benefit from living in close proximity to one another yet remain beyond their control. The concept behind the each structure of the model is inspired from various events taking place in the life of a Toda. Thereby, aspiring to re-ignite the spark lost between the inhabitants of the community by celebrating their life. 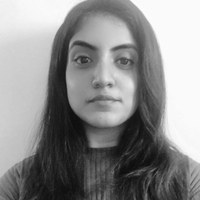