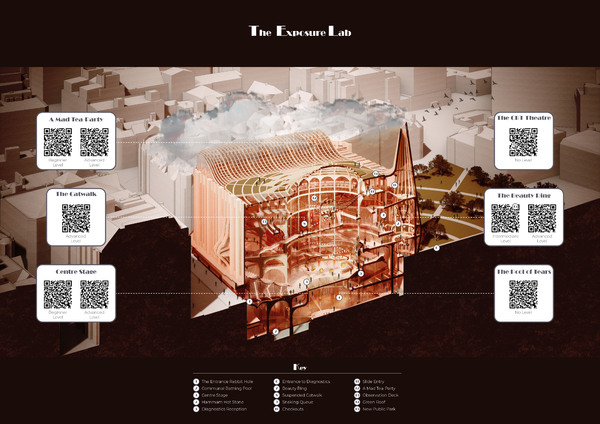 Throughout my architectural education social integrity has been at the core of all my projects as a way of engaging the wider community and ultimately investigating how architecture can play a role in enhancing society, none more so than the BDD Department Store.

The BDD Department Store seeks to addresses the lack of understanding surrounding Body Dysmorphic Disorder through the creation of a holistic rehabilitation and research centre specifically dedicated to individuals with BDD, which effects around 2% of the general population.

The site for this project is the art deco former high-end department store Kendals; in Manchester. This building will be adapted and reused to create a bespoke new concept in the form of the BDD Department Store. A fundamental feature of the programme is harnessing the undiscovered possibilities of utilising architecture and its tools, such as Virtual Reality (VR) and Augmented Reality (AR), in the treatment and recovery process of body image disorders such as BDD.

The exposure lab is at the heart of the project as a space specifically designed to intensify the symptoms and emotions surrounding BDD through multiple levels of VR; intended to gradually ease individuals with BDD into a traditionally painful space, the department store. This exposure therapy will sit alongside other forms of proven BDD treatments within a wider holistic scheme which ultimately seeks to enhance research and broaden public awareness of BDD and body positivity, all facilitated within a bespoke form of architecture which in itself will be harnessed as a tool to ultimately treat BDD.

Throughout this project I collaborated alongside the BDD Foundation and Alanah Bagwell, a prominent campaigner in the BDD community, to ensure the BDD Department Store is effective and accurate in rehabilitating those with BDD while strengthening the legitimacy of the architecture produced. 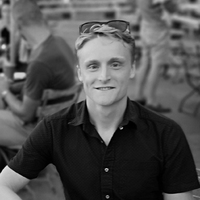