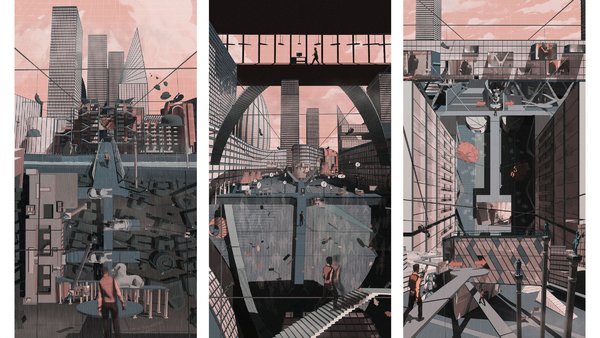 My interests lie at the intersection of technological innovation and social responsibility in the architectural profession, demonstrated by a series of projects that investigate new forms of representation (gaming, VR, AR, interactive video) under an intersectional design ethos that values the local, cultural and historical identity of the built environment. I am also interested in challenging the limitations placed on the architectural skillset and believe trained architects have value in the processes of policy-making and in the development of new technologies and design tools.

‘To Act in the Arena of Masculinity’, my final year thesis, is a surrealist, walking-simulator game, allowing users to experience and manipulate a series of virtual stages narrating personal explorations of Spinningfields, Manchester. The financial district typology both produces and reflects the masculine body in a contemporary arena of masculine performativity with underlying architectural strategies contributing to territories that force conformity in the area’s population. A design methodology that draws from research on the mobilisation of citizens through interactivity and theatrical intervention has been adopted throughout. This is influenced by and furthers Boal's principles of Forum Theatre in that it is concerned with liberating the passive spectator by utilising interactive mediums, allowing users to acknowledge the covert oppression inherent in the design of the built environment through active participation.

The game ‘To Act in the Arena of Masculinity’ can be downloaded at: https://tobiascorry.itch.io/to-act-in-the-arena-of-masculinity 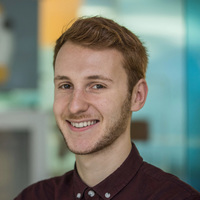