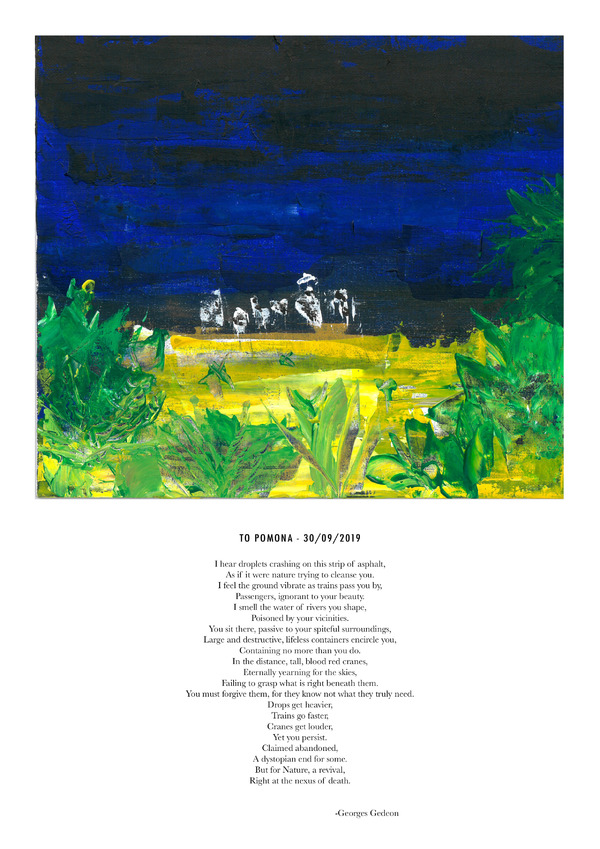 Pomona Island, considered today derelict by most, is a deserted man-made Island on which no event has taken place in over 30 years. It has subsequently seen exponential rise in its biodiversity and wild life. The lack of intervention is what renders this possible, making Pomona in itself a non-event.The proposal considers minimally housing places of informal sharing and congregation on the Island, without bearing much impact on existing landscapes, reacting directly to occuring changes on Pomona in an attempt to shed it under a new light.

Firstly, a simple theatre floats along the riverside, continuously adapting to changing water levels. Facing it, a seating system fills in missing topographies, and completes a casual amphitheatre, creating a platform for anyone wanting to be heard and anyone wanting to listen.

Farther to the North-East, in between the bushes, away from all noise, sits a subtle Book Room, where old books are borrowed and replaced by users. No library cards, no categorization, simply old books thrown on a shelf, harnessing the beauty of unexpected learning. The room surrounds itself with a corridor, veiled by a series of suspended battens, acting as a breakout space, a place for discussion and once again, unexpected learning.

Finally, on the Northern-most end of Pomona, a gallery finds itself underneath an abandoned car lot, hence the name: The Lot. Parking lines are cut out of the asphalt to create slits in the gallery’s roof, lighting the walls for exhibited artwork, and a skylight pierces the centre of the parking lot shining onto  a workshop space, displaying the process of the visual arts, and connecting viewers to makers.

The three places highlight changes on Pomona in hope of promoting free-thinking and an openness to the unexpected. They are connected by the Island itslef, with no clear paths in between. 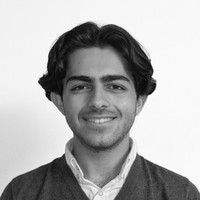