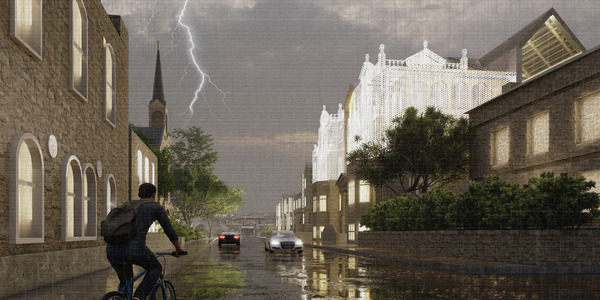 'Phantom of the Club' denotes the illusion of what once stood in Accrington. The thesis seeks to provoke the absences, engaging with the 'ghost' of the club, something that is apparent to sense but with no substantial existence, as a reminder, an object lesson and a beacon of past glorified magnificence.

Together with Farah, our thesis begins with the System of Absences, where we extensively explored stories of the town and studied contentious listed ruins tainted with dark histories, in particular the old Black Abbey and the former Conservative Club, dating back to the 13th century and 1890s respectively. Despite their centuries different, the two ruins are similar: listed, considered important, yet abandoned, which led to their demise, both in unfortunate blaze incidents.

System of (Ex)change follows, where we propose to regenerate the Conservative Club remaining fragments into a new retail typology, Retail &, based on lessons learned from existing retail trends in Accrington. Taking precedent from Leon Krier's urban theory, Retail & intends to blur the boundary between heritage, culture and community, whilst also retaining the idea of Lieux de Memoire by Pierre Nora, that emphasises journey through memories, suggesting a holistic, complementary typology to enhance existing retail network and the historical Acorn Trail. (Ex)change in this sense refers to not only the traditional act of purchasing goods, but also the exchange of ideas, skills and interactions.

Our proposal restore the former volume, height and facade of the Conservative Club, putting its stamp back in Accrington. On the outside facing Cannon Street, the club boasts classical, Queen Anne grandeur and language, while showing contrast between the old solid sandstone and new sculpted mesh 'phantom'. On the inside, the building speaks contemporary, composed of layers, with interplay of solids and voids that breaks the horizontality of each levels. 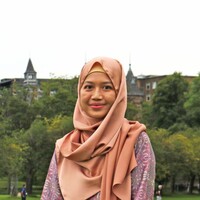