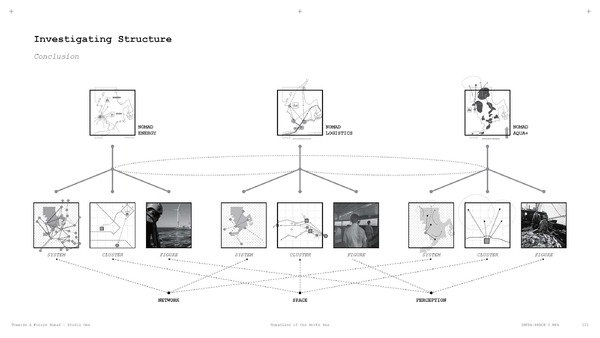 In Studio 1&2 we used the lens of nomadism to analyse the North Sea from a wide angle, and then discovered the particular characteristics of modern nomad figures, and found their plight in a constrained system. This approach added ethical tones to our study and filled up the whole nomad theory.

We combined objective speculation and subjective experience into an imaginary place in the North Sea called Nomadland. With a set of graphic novels for storytelling as well as another Notebook, an elaborate collection of group discussions, sketches, diagrams and final drawings, we are able to depict the Nomadland from different mediums and from different perspectives.

This project is completed in a collaboration with Luo Zhang, Lingxi Tao and Qirui Wang.

Thanks to Richard, Jack and Jamie for providing us with a stage where their knowledge, patience and trust that have allowed us to explore, develop and reject mediocrity.

I would like to personally thank my teammates who have overcome many obstacles over the past few months to put their talents into the Nomadland project. As the only person in the team responsible for organising and communicating their creations, I think I'm qualified to say that each of them has unique strengths and the outcome would not have been possible without any of them. 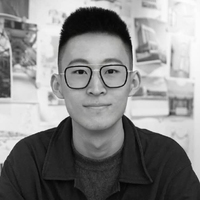