“Tamil and Thriving” is a project aimed at making the lives of Tamils on the island of Sri Lanka better after the brutal Civil War which killed 100,000 Tamils, ruined their lives and crushed their cultural heritage. This project aims to rebuild Tamil communities in the north and eastern provinces. 13 years after the end of Civil War no attempt to reconcile the past has been made by the Sri Lankan government, as such its impetus relies on these affected communities to rebuild their own lives and their homes which were lost during the war.

This thesis uses a site in Vavuniya as a model site which has good transport links and an existing ‘kulam’ (used to store water for agricultural purposes) to provide for a new Tamil community to thrive and build their homes and livelihood themselves.

An essential part of reclaiming their Tamil identity lies with feeling pride in their heritage and culture which the Sri Lankan government attempted to eradicate. Specific attention is placed on the importance of performance as a method of learning and storytelling. Thus, key components within this scheme are formal and informal stages where these discussions and displays can take place. 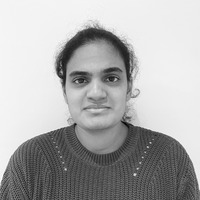