ADDRESSING THE PAKISTAN HOUSING CRISIS USING CUSTOMISABLE, INCREMENTAL HOUSING BASED ON RESEARCH AND USE OF LOCAL INDIGENOUS MATERIALS

The thesis project challenges the Chinese prototype house and proposed masterplans in terms of their viability by proposing a local housing model based on research which is revealed through the lives of the urban poor, and their real-life stories. Research-based architectural drawings, interviews, and photos analyse the current living conditions and problems faced by the urban poor which consist of Slum dwellers and Domestic Workers.

The precedents of the scheme involve the Elemental Housing in Chile and Hasan Fathy's New Gourna Villiage. The self-build and DIY approach is taken from these successful examples and considering the large number of labour available Pakistan.

Living conditions, materiality, and structure are first explored spatially and then analysed for key information which is used to develop a self-built, customisable, incremental housing scheme made from locally sourced indigenous materials which are to be stored in an on-site Cultural Factory.

The project is connected to the local architecture, traditions and cultural ways of living found in Pakistan. The research drives the project to have its tailored masterplan inspired by the street fabric of the Walled City of Lahore. The scheme consists of several housing typlogies which are all expandable and customisable helping the urban poor to build their home according to their budget and connect with it by customising it accordingly

The local climate drives the plans, each of the self-build typologies revolve around a central courtyard. The scheme allows for progression for labour workers with the onsite cultural factory and technical training center consisting of user manuals on how to expand their home from the initial stage to the fully completed one. Schools, marketplaces, and a local mosque are included in the masterplan to create a community. 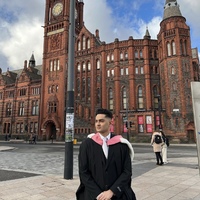