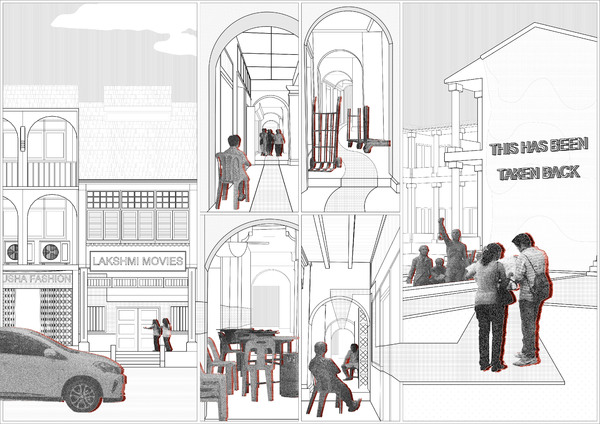 “Ethir” was proposed as an architectural intervention in response to the increased discrimination faced by the South Indian community in Malaysia. This was based on the policies and politics that mismanage equal opportunities for all, by favouring one community over the other. This has been seen pre-independence with colonial oppression and post-independence with special rights; leading to poor representation of Indians in any council, parliament or choice.

The proposal integrates the historical arrival point of Indians located in George Town, the refunctioning of dissected pieces of ‘power’ and the current needs of the Indian community, by bridging the gap between people, water and anger at different scales. By using chakras to orientate the site, the dissected building of ‘power’ reflect anti-Indian oppression and re-writes historical meaning back to the site.

The project reclaims space for this neglected community and celebrates Indian traditions, culture and lifestyle with freedom of speech through Indian-fication; a fantastical exposition with string infrastructural and cultural undertones.

“Ethir” is narrated through a journey; one of an Indian that begins in Little India. The protagonists follow the trail through the shophouses’ five-foot ways and ends up on site; which the user will then explore a series of spaces that include the Place of Protest, the Brahma, the Place of Compassion, the Axis, the Place of Debate and the Arrival consecutively.

The drawing communicates the different thresholds the user experiences how each of these allow for the notion of expression. Expression is narrated through the acts of enabling the user’s freedom of speech, debate and protest whilst the surrounding environment reduces the architecture of anxiety by returning the South Indian identity as an act of redemption. The drawings indicate the indoor-outdoor quality of each space and how the in-between spaces can be transformed for self-reflection or group participation. 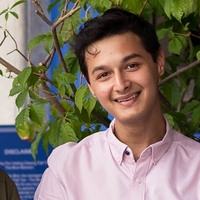