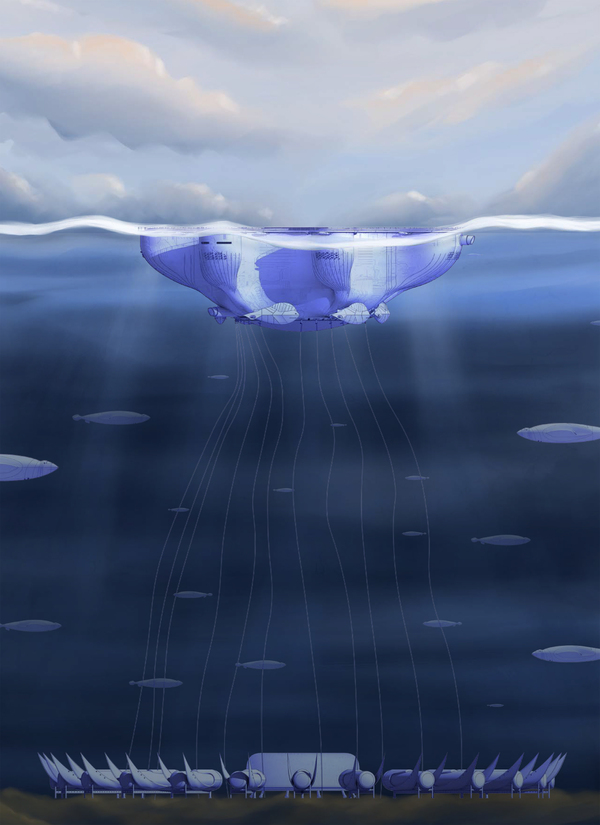 “deep thought 2.1“ - a post-quantum Thule is a multifaceted project that envisons a future utopia where world balance is achieved. The premise of the scheme lied in my Studio 1 group investigations into the Mythology of the North Sea. Following our culturally-focused research, the question of the future of myth drove my Studio 2 and 3 work. Alongside this, I started looking into how technology can act as a direct driver in the evolution of the world. The only technology that can potentially do that is Qunatum technology, hence I started my research into Quantum Computers (QC) and how they can transform the world thourgh data-driven analysis.

Ultimately, deep thought 2.1 consists of a speculative system of one fixed and several moving “islands“ deployed in the North Sea in the far future - 100 years from now. The purpose of these spaces is to act as QC clusters were Big Data-driven research will be conducted in order to predict and counteract certain future events. With the help of Quantum technology, more accurate predictions can be made of certain events taking place in the future, and with the right set of analytical tools, the proposal will come up with solutions before disasters such as economic crisis, pandemics or calamities - just to mention a few,  would happen.

Due to privacy reasons and laws on data protection, these islands would have to be untraceable by the vast majority, only people involved with them would be allowed on and would have knowledge of these “islands”. Hence, a big design driver was millitary stealth together with biomimicry.

One of the most obvious ethical conundrums that this project rises is how can you “play God“ knowing that this could equally lead to disaster or balance? This goes beyond my area of expertise, yet I would argue that there’s no such thing as a completely good or completely bad turn of events (as seen previously). However, the entire premise of this project is to see beyond the restriction of such duality - where options are either good or bad - as there is a very extensive spectrum of what defines good or bad. Just as in the Matrix I movie, in the scene with Neo and the Architect, where a series of screens depict all Neo’s possible future reactions, the future cannot be accurately predicted, but through analysis and technological development, there’s hope that balance in the world will be achieved someday. 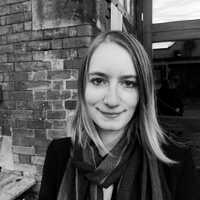