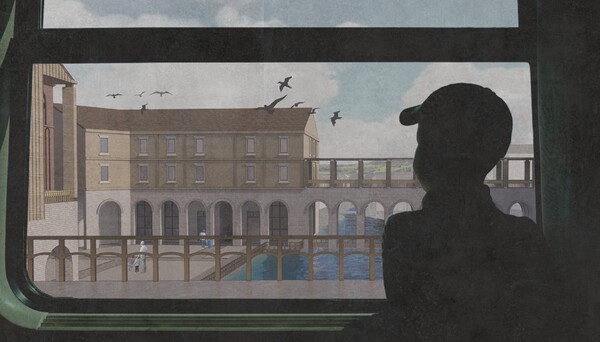 This thesis project started by exploring the synthesis between personal identity and a sense of the surrounding space - how does one's understanding of a place influence his/ hers perception of self-narrative? These ideas then became rooted in the idea of visual reference nodes, that would allow a person to have a clear sense of position and belonging within space. Hence, the project began by approaching the small settlement of Bosley with the aim to improve the town's relationship with its residents through the introduction of an architectural intervention, positioned on one of the key characteristic high points of Bosley, that would become one of the pivotal visual nodes within the existing space.  This intervention has thus become the first seed for The New Bosley settlement - the final result of my thesis research.

The New Bosley settlement realizes the ideas of personal and community identity by establishing a new synergy core - the new town square - right at the axis provided by the visual nodes, this way becoming a compass-like space, surrounded by key public buildings and gathering spaces, such as The Library, Town Council building, Public hall and others. The settlement also explores the concepts of self-sufficiency and social sustainability, referencing the ideas of a Garden City by Ebenezer Howard which present a visionary framework for a settlement that successfully combines the benefits of urban and rural living. Through such framework, the thesis explores the future potential of The New Bosley settlement as a self-dependent town, structured around the relationships between people, space and buildings while retaining some of the key characteristics of the existing Bosley town. 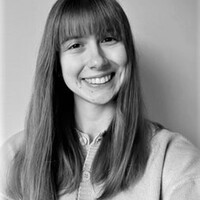