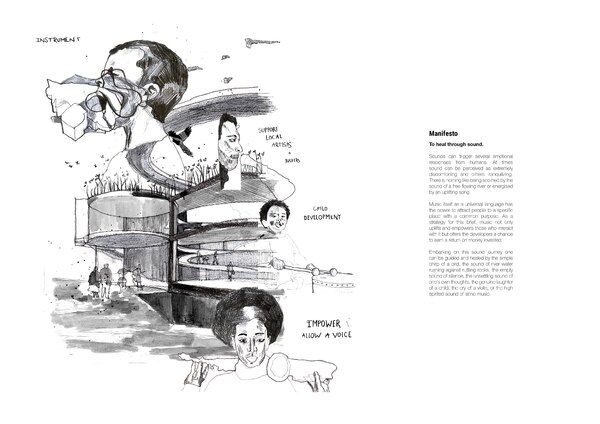 To create a state of change is Flux’s atelier position. As a response to this motto, I have devised a programme in which music takes the lead role, allowing profits to be generated via performances and events created by the exact same community which runs the building. By having a circular cash flow within the project itself, local residents are empowered by allowing them a space of expression, allowing them a voice and including them in the new development which is about to take place in their backyard.

Rammed earth is the primary construction strategy being used, taking advantage of earth available from the Mayfield development. This not only eliminates transport costs both environmental and financial, but it also reduces embodied carbon of the project. It would also be the first rammed earth project in Manchester and can serve to celebrate and raise awareness about such a beautiful and highly sustainable construction technique.

The future of the project is open to an unlimited number of possibilities. It has been designed in such a way that when it is no longer in use, non-biodegradable materials such as glass in windows can be removed so the building disintegrates back into the same earth used to construct it: leaving no trace of its existence apart from the memories of people who inhabited it. 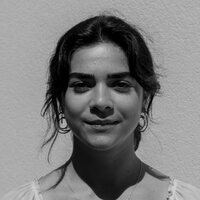