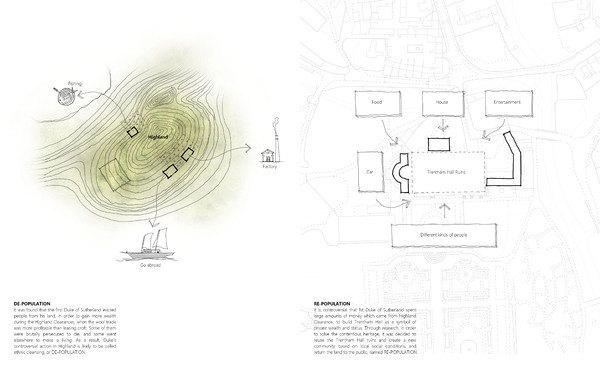 One of the CiA's themes this year was Contentious Heritage. My base - Trentham Estate, located in the ceramic city of Stoke-on-Trent, has a rich historical and cultural background. It was the private house of the 1st Duke of Sutherland and is regarded as one of the most famous estates in English history. By researching historical stories, I found that the 1st Duke of Sutherland had profited greatly from his controversial role in the Highland Clearance. He then used these money to build his own mansions across Britain. This includes Trentham Estate.

It was found that the first Duke of Sutherland evicted people from his land, in order to gain more wealth during the Highland Clearances, when the wool trade was more profitable than leasing croft. Some of them were brutally persecuted to die, and some went elsewhere to make a living. As a result, Duke’s controversial action in Highland is likely to be called ethnic cleansing, or DE-POPULATION.

It is controversial that 1st Duke of Sutherland spent large amounts of money which came from Highland Clearance, to build Trentham Hall as a symbol of private wealth and status. Through research, in order to solve the contentious heritage, it was decided to reuse the Trentham Hall ruins and create a new community based on local social conditions, and return the land to the public, named RE-POPULATION.

The first part of my work is RE-POPULATION. By designing affordable housing, create a new community to the public. The second part is to reuse ruins of Trentham Halls and solve the contention, threatening the 1st Duke of Sutherland's reputation by designing a new museum on the axis of the original ruins. This museum is to reveal the truth of Highland Clearance and what did Duke do in that time. 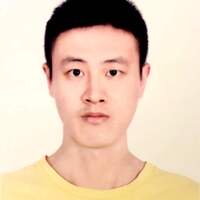