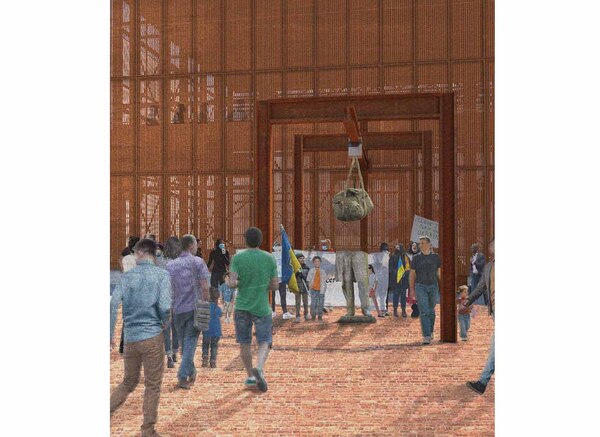 A personal interest in memorial architecture and the BLM protests last summer, which threw out the question of what we should do with our city’s troublesome monuments and memorials, prompted this thesis project.

My agenda was to resolve the political, social and physical problems ‘monuments’ in Manchester create and address the failing public civic space Piccadilly Gardens.

A campus of spaces provide the framework to tell the stories of Manchester’s monuments; past, present and future. Key to the design is the synthesis of democratic forums. Commemoration is always political therefore the decision regarding these monuments will also be political.

The resulting space not only endeavours to give context to the ‘army of statues’ which haunt Manchester’s streets and public spaces but also provides the platform for discussion and public engagement. I have sought to bring order to the discussion.

The concept of the design underpinning The Court’s Yard is to put the problematic statues/ monuments on trial so the public can understand the arguments for and against their removal from Manchester’s Public Spaces. These statues, which have been uprooted from the Masterplan of Manchester will be contained within a partially indoor/outdoor ‘Holding Pen’

Annually, a statue will be thrust into the ‘Public Arena’. It is on trial, engaging the public in a duty to decide its fate in the wider Masterplan of Manchester.

To facilitate this decision, ‘The Court House’ will present,through exhibition of a number of other Manchester statues, the historical context and the case for and against.

On departure, the visitor will be asked to cast their vote and annually, the statue on trial's fate will be decided.

The building and square attempt to create a synergy between One Piccadilly and the surrounding buildings in the combined use of material and colour, whilst playing on the sites rich history. 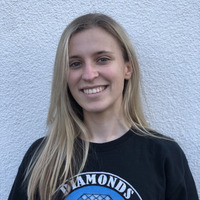