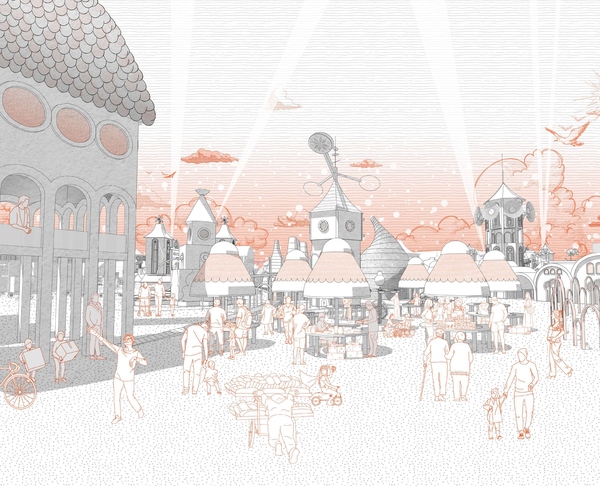 My MArch project's narrative is rooted in Romania’s communist legacies, scrutinised in an extensive body of work in my dissertation research which focused on critiquing the demiurgic work of Nicolae Ceaușescu as the head of Romania’s Communist Party ruler and the country’s last dictator.

Romania’s communist phenomenon has been unleashed ubiquitously on an ideological and physical level, but most tragically in its capital city, Bucharest. While the country’s nuclei has been refashioned after the totalitarian leader’s personality cult during the Systematisation project (1980s), the Romanian people were witnessing the physical embodiment of the New Man ideological dogma after they have been displaced en-masse due to the demolition of 8sqm of the city’s historical centre.

The ensuing body of research has helped my thesis work to be structured upon a research question which focused on addressing leftover communist vast spaces by applying a clear manifesto of principles. This way, my scheme has been designed mainly for public engagement with design principles that emphasize trauma amelioration and citizen mediation with the past and its confusing national identity. On this account, exploring citizen participation throughout my project would offer a healing type of intervention and prove determinative in restoring a national imaginary to unite Romanians toward achieving change. For this reason, a handbook  as a step-by-step recipe on a long-term protest against the political climate and for a new socio-political alternative can be handed to the Romanian people to configure their own future and contribution toward collective change.

With the mission of healing national identity at the very core of this project, my project ended with the process of activating the long-term protest and so, the rebuild project of the lost mahalale through the imagined municipal platform subscribed members participating in a series of design workshops to conceive their own version of the New Mahala using paper modelling techniques. 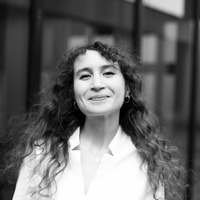