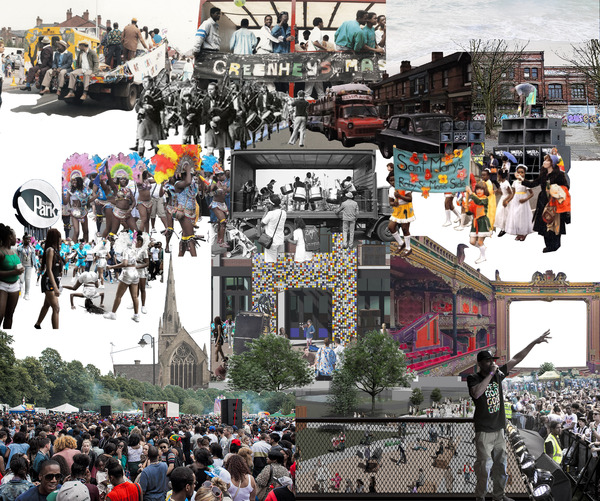 Research thesis question: How do we promote cultural bridging within the community and terminate problems of social hierarchy in mediating future redevelopment of theatres such as Hulme Hippodrome?

Through the understanding of historical development and community layers in Hulme as well as collective memories of the Hippodrome, the development of site was specified to retain the importance of 'stage' in engaging the wider community. The proposal reflects the reuse of existing materials and structures while altering openings to create unexpected views towards a stage of activities.

With further studies of the community, significance of the annual Caribbean carnival creates an opportunity to develop an urban intervention through a series of gateways to engage the event in different perspectives, from masquerades to the spectators. While these gateways serve as wayfinding tools, they are also developed in response to their micro-context, bridging varying communities of the place.

The scheme also reflects the changing identity of Hulme Hippodrome from a 'black-box' theatre to a nucleus of community bridge within the proposed Caribbean procession in Hulme. The original essence of vibrancy within the proposed Caribbean cultural centre is selectively retained to enhance its spatial character while allowing the inputs of modern structures and extensions, breaking down barriers towards its external surroundings. 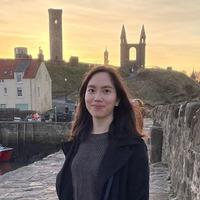