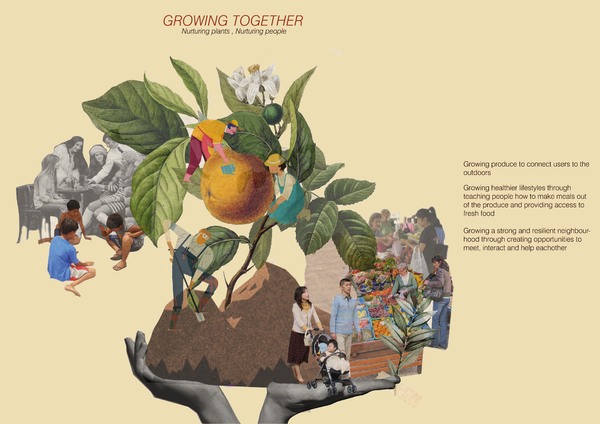 Speed and efficiency are sought after to keep up with the demand of an ever-growing society that requires everything whenever. As part of a complex and worldwide system, produce is grown overseas and then imported into the UK; in fact, the UK hardly grows produce locally, with indigenous crop yields also at a surprising low. The notion of seasons and prime times of the year to grow and harvest is no longer. And supermarkets, the portal that lets most of us access our food, has made our relationship with it cold and clinical. Interaction between people is kept to a minimum for people to efficiently buy groceries and leave. Food is no longer a shared experience that bridges individuals and communities, but mere fuel to keep us going. ‘Growing Together’ is in direct opposition.

'Growing Together’ takes place on the border between Mayfield and Ardwick; an area where there is an existing community but lackscommunity space and a place to buy fresh food. Inspired by the greenery that grows out of the nooks and crannies within Mayfield in the absence of humans, a ‘garden kitchen’ is proposed. The primary activity bringing people together isgrowing crops, which requires people to consistently give attention, initiatinga slow form of time. This not only gives people practical skills but raises awareness about climate change by showing people that the same produce grown overseas can grow in our very own cities. Additional areas such as a café-bar, main hall, and an exterior paved area allow for multiple and varying activities to take place, such as a food and produce market. Thus,as the plants sprout, grow, get harvested and turn into compost, the community itself grows too into a resilient and close-knit neighbourhood. 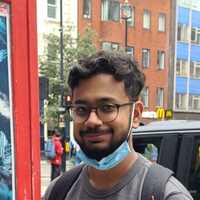