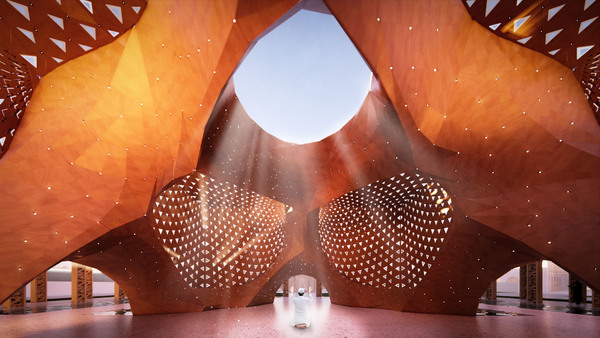 Architecture, Sound, and the search for a 'Spiritual Revival'.

Building from an initial conception as a meditation of how the world was created, the project incorporates investigations into form, acoustics, physics, neurology,

My thesis work oscillates between Theory, Research, and Design and is far from having run its course.  I continue to refine the process and products of these ideas along with help from some truly inspiring innovators in the field of sound. With that being said, the project I present to you is an inflationary theory of the 'Big Bang', Linking religious scriptures with cosmology.

The project 'Revive the Spirit of Mosul' is located in The city of Mosul, meaning “the linking point" in Arabic, is one of the oldest cities in the world.  For millennia, it has been a strategic crossing and a bridge between north and south, east and west. Due to its strategic location, it became home to a large number of people from diverse backgrounds, ethnicities and religious beliefs.  However, this unique location also made it a target for ISIL/Daesh. In 2014, the Islamic State took the city and declared it its capital. Three devastating years (2014-2017) of occupation passed before the shackles of violent extremism could end.

By rehabilitating the historic al Nouri complex, I intended to revive the spirit through the investigation of acoustics. Using Ayah 22 from Surah al-Baqarah from the Holy Qur’an, a verse about how Allah (God of Islam) is here, even when there is hardship. The reverberation and resonance generated from the recitation were used to augment anomalies, a complex algorithm simulating the physics of atomic collision, creating a four-dimensional multi-faceted shape that connects mind, touch, and soul together in harmony. 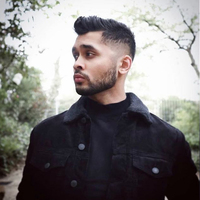