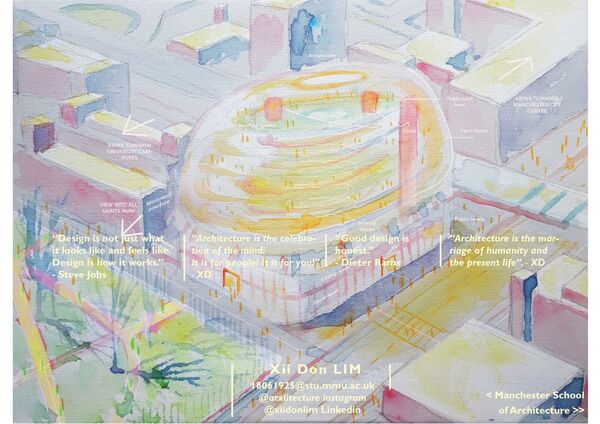 Enthusiasitc, and eager to bring a change. Certain of the importance of architecture for governing our future cities and homes, to reverse the global climate emergency and strengthen bonds between peoples.

"Plan Bee" - changing "plan A" for a better, revitalized urban Manchester with greenery to reduce NO2 pollution along the A57(M) and Oxford Road, stemming from my scheme response 'The Harvest' as a call and very visible force for greater action from Manchester City Council. The scheme can justifiably use 1/3 of the £150m government budget granted to Manchester City council ON TOP of any budget from MMU estates, transforming static convention into a form of identity and a much needed landmark of the city of Manchester, a signature that would personalize and distinguish Manchester as the progressive and hard working city it is.

Piezoelectric peripheral paving for awareness and fun for people to interact directly in energy creation, piezoelectric pads are attached on the busy A57(M) segment opposite 'the Harvest' and linked to the plant room for a constant energy inflow, photovoltaic panels on the Bee-box south façade heat and create converted energy. Annual energy generation lower and upper bound is based on the current-a decade prediction from UK.GOV's traffic and movement projections: 6506.725 - 9978.671 kWh. 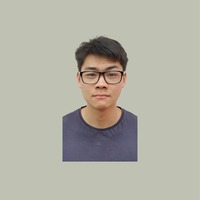