Thesis Statement - As Manchester sits, finely poised, on the periphery of dystopia with question marks over the city's infrastructural capacity, potential overcrowding, lack of sustainablity and mass gentrification among others. This project explores the ways in which the working class, gentrified communities of Manchester can reclaim the city they once occupied. Flipping a potential dystopian future for the working class of Manchester (depicted in the provocations below), into something utopian. Throughout the city centre, derelict, unused and brownfield voids can be reclaimed by these communities. During this thesis document eight sites were identified throughout the city centre as sites with 'reclamation potential'. The three sites depicted below are The Hotspur Press, The Central Station and a Run of Arches adjacent to the Castlefield Bowl in Deansgate.

By identifying a gap in the market within its surrounding area, each site is able to provide lacking amenities as a way of gaining income. This can be done by re-using and creatively refurbishing discarded, broken or waste objects into effective social amenties. By reclaiming sites in this way, with particular focus on using affordable and reclaimed materials, as well as incorporating key deconstructivist theory, the communities are able to preserve or enhance the existing qualities of the space they occupy. 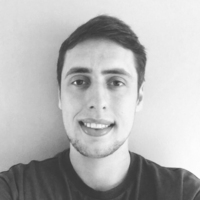