Reimagining The Aqueduct proposes a modification strategy to the Thirlmere Aqueduct Pipeline - A 96mile Aqueduct that provides Manchester with drinking water from Lake Thirlmere in the Lake District. The aqueduct follows a similar route to the Fallowfield Loop, Manchester, and so can be utilised to protect, link and inform the adjacent public realm via extensions to the pipeline. Water towers are placed in 48 vulnerable public spaces, all of which were located through a comprehensive community engagement process involving online consultation, discussions with community groups and site walks.

The water towers protect the sites by occupying them; link them by acting as landmarks; and inform them by curating a site-specific experience. Three water tower designs were completed as examples - Hillfort, Stage and Lido.

Hillfort is located in Highfield Country Park, Heatons Chapel, where a residential proposal for 57 houses has recently been approved despite protests by locals. The tower occupies the centre of the site, with three concentric undulations radiating from it. The Thirlmere Aqueduct Pipeline is revealed in the troughs of each hill.

Stage builds on previous outdoor performances at The Quadrants, Levenshulme, to become a landmark for the public space. It can be used recreationally or for larger-scale events. The tower is placed in the most prominent position on the site to encourage vertical circulation. Performance spaces are subtracted from the concrete substructure to facilitate promenade theatre.

Lido sits in Platt Fields Park, Fallowfield, which was historically a hot spot for swimming and boating, with its lake and open-air swimming pool. Reimagining The Aqueduct re-purposes Platt Fields Lake into a natural swimming lake. The lake is supplied by the tower, whilst oxygenating vegetation surrounds the pool to keep the water clean. 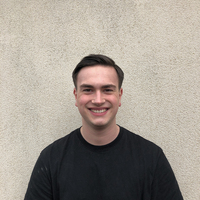