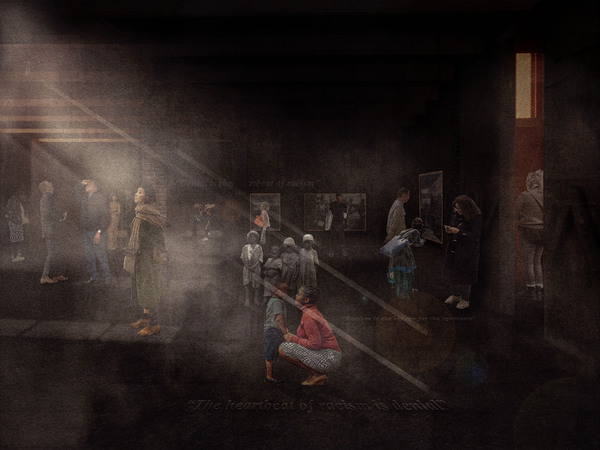 “BLACK & BRITISH: Reclaiming ‘Blackness’ through radical independent education” is a proposed architectural intervention in response to the inherent discrimination existent in the British education system today. This is forged on the premise that anti-Blackness cannot be divorced from the British education system; the two are interwoven when it comes to understanding the Black-British plight in historical and contemporary times.

The proposal integrates three distinct learning processes: Humanities, S.T.E.M and The Arts, with a focus on the latter to facilitate a reclamation of Black Power, through what I have coined as ‘Edu-fication’.

The journey through the sites, in their urban setting, bears much socio-political and symbolic significance. The path of the visitors (primarily African and Caribbean) will feel like a passage through the radical reversal of gentrification and urban assimilation.

Located in London’s borough of Lambeth, Brixton stands as one of the final strongholds of Afro-Caribbean culture. For the last century, the formidability of the Afro-Caribbean diaspora allowed for a range of cultural aesthetics to emerge from a harsh socio-political educational climate. With ongoing gentrification conflicts causing the displacement of this community, this project took a live-critical approach: based on a study of gentrification and the current educational system, an alternative Brixton was drawn up and modelled.

The project reclaims space for this abused community by championing radical politics, and synthesising the physical (architectural response) with the metaphysical (political response). The diaspora will be given the opportunity to undergo the process of reclamation through healing and learning.

Anticipating a proposal that includes a journey through three buildings perpetuating alternative Black Learning, the study eventually blurred the boundaries between investigation and projection, forming a Black-led autonomous architectural imagery.

If such imaginary brings to attention the extraordinary tectonic, spatial and social organisation of Brixton’s communities, alternative Black-led education would’ve been fulfilled. 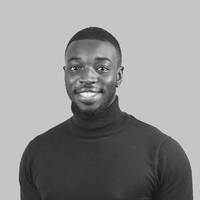