Through the Looking-Glass: The Vanity Fair of Morecambe

The thesis investigates how globalised practices of advertising and social media can transform the built environment into an idealised representation of the reality in which it exists. Based in the crumbling sea town of Morecambe, Lancashire, the project aims to revive the remnants of a lost Amusement Park and Lido by the sea to create a Heterotopia, an artificial detachment responding to societal issues of gendered body issues, consumerism, artificiality, and celebrity culture.

The phenomenon of aesthetic commercialism and concern with photographic qualities rather than the actual usability of the space is increasingly obvious in the world of the Internet, ready-made filters, and made-up celebrities. Thus, FalsEnd Amusement Park proposes a series of ‘show buildings’, deliberately integrating both the ‘ugly’, such as scaffolding or supporting structures and the ‘polished’ frontages, whilst emphasising the contradictory states of Vanity & Insecurity co-existing in most social media users absorbed by face and body filters, cosmetic enhancement devotees and aspirants to false ideals promoted by celebrities.

Sitting opposite FalsEnd Amusement, the Super Lido is the ultimate place to ‘Show off and Be Seen!’. Full of architectural symbolism echoing the exotic and synthetic seaside character, the design of the FalsEnd Super Lido embraces idealism. Its rigid planning geometry evoking the traditional lido typology is capturing the sense of theatre through the distribution of the spectatorship and bathing promenade along the perimeter of the pools.

Users can enjoy the pool all year by taking as many selfies as possible in the Selfie Room, a publicly accessible extension of the concealed Plant Room. Special cables connected to the phone will detect the human energy wasted while taking the perfect photo and convert it into the energy required for the geothermal heat pumps in the adjacent plant room to function. 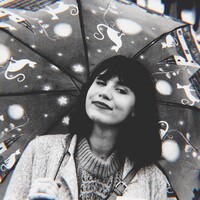