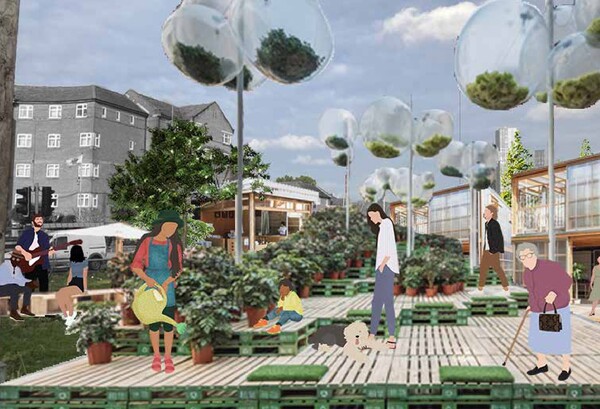 Our A&E studio analyzed the current urban issues in two adjacent boroughs in South-central Manchester. As the name suggests, we looked at accident and emergency, and anything and everything that connects the community to the area, to develop solutions to their needs and establish the foundations for a resilient community.

Just like the majority of the people in these areas, we’re all migrants. Silk roads had caravanserais to bring merchants and migrants together, so does this project.

Design Thesis - Housing as a Process: The Mancunian Perspective to the Latin American Paradigm

Contemporary cities face multiple challenges. One of them is the growing population. The development of new housing is still not enough to cover the demand for it. However, in the UK, the biggest issue is that social and council housing projects are the least implemented. While there are not many affordable solutions for people that require them, these people fall into housing insecurity. Multiple associations advocate the need for housing schemes that are more inclusive and that look after vulnerable populations. Fortunately, these community-led initiatives have previously existed in Manchester for years and one of them has approached the Manchester School of Architecture, The Workhouse Project. It is a community interest group keen on developing minimum affordable units in south-central Manchester. It will be made possible through public funding. For this to happen, they need a project that can be presented to local authorities and potential investors. This is how this academic project was born, through the real need and of community members who want to help build a better city for all.

Socio-economic disparities in Leon, Mexico can be perceived in the public spaces (PS) in different areas of the city. Appropriation is a concept that comprehends the interaction between users and a formal PS, however, it is not entirely clear when referring to an informal one.

This research is divided into two parts to prove that the lack of formal PS in marginalized areas of this city leads to compensate the situation with the production of space through the appropriation of non-formal PS. The first part consists of the quantitative morphological analysis of PS within two polygons, which are defined areas in the city; and the analysis of three typologies, or kinds, of PS found in each of them. The second includes an interview with one inhabitant in one of the polygons and a photograph of one of the PS within her neighbourhood. This to perceive it from their perspective, that leads to the quantitative study. The findings show that appropriation does happen as a response to the absence of formal PS.

It is made evident that appropriation is not only reflected in the morphological dimension of the spaces but in the social interactions as well. For this reason, some physical signs of appropriation do not express the entire situation, as some of them are initiated by social situations within the community. 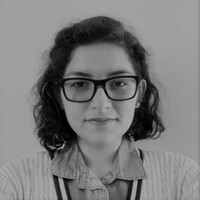