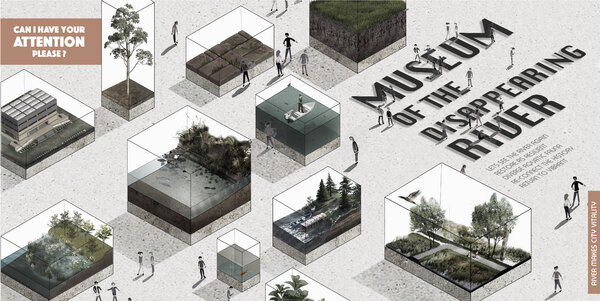 Since humans started exploring the planet, we have followed the water. Crossing oceans gave way to new discoveries and changed the course of history; chasing rivers opened our horizons. However, the passage of River Medlock through Manchester city center is currently so subtle that we can hardly follow its footprint, which is also covered with trash. The manifesto of the Forgotten River Museum begins with research on how to reconfigure the urban fabric by revealing the River Medlock and historical hidden gems.

Apart from the strategic demolition consideration of listed buildings and non-listed buildings to reveal the River Medlock, three areas utilizing abandoned sites and brownfield are acting as nodes and rings to connect the water line to turn the urban fabric into a coherent whole.

The detailed design plan of node number three is transformed into a lush landscape of wetland, meadows, gardens, and flowing sculpture from a former brownfield site. The dramatic aspect of the site transformation has been the restoration of its ecosystem, creating new biodiverse green spaces and bringing the purified water out into the open, as well as proposing a new forest typology as a response to the microclimate of the entire design and a showcase of the diversity of species.

The sense of social bonding and sustainability is expressed through the design details with a simple flowing curve. They form as the heart of the development, the landscape, the wetland, with its varying levels and forms of greenery, aims to create a place to socialize, rest, and relax; a ‘place to breathe’ within the city center, shared by both people and other species, with the awakened river where we get the immeasurable sense of peace that comes specifically from water. 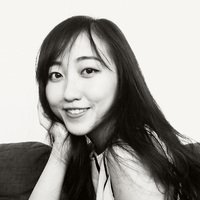