Isolated from the city, the cycling loop is like a scar on the city. It is a bicycle path, but the site has no connection with the surrounding environment. However, because of its topography and isolation from the city, the site offers a proper serenity and pleasure place. When people walk in the loop, they feel as if they are separated from the clown and noisy city in another world.

Comparing with the present site, the site has been dilapidated but it does not mean that it is dead. The project will explore how to reactivate the site and create a landscape imagined by people, using dreams as the elemental force.

In my research, I will focus on the function of the adjacent plots of the site and use the crowd to study the two forms of the site. Through a tunnel, we will enter a dream world. Measuring brainwaves on the site will create forms. The intention is to amplify activities that pre-exist on site. With the vision and imagination of the site, people can endow the site with new meaning. 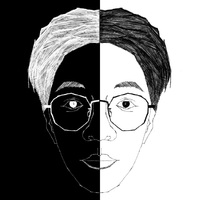