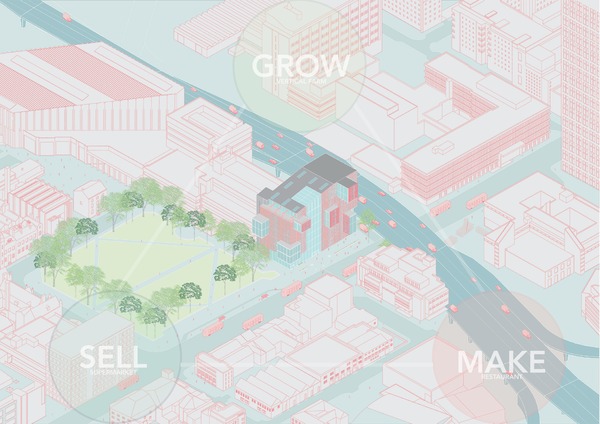 The overarching concept for my final year project was to reduce the environmental impact of the way we produce, distribute and consume food by bringing agriculture back into an urban environment.

There are 3 main elements that make up my concept: GROW, SELL & MAKE which form a vertical farm, supermarket and restaurant space. The idea was to develop a scheme that forms a looped system where one area's outputs are another area's inputs and vice versa. This will be done by using new methods such as vertical farming and sustainable/recyclable packaging solutions, as well as only sourcing produce from the local area.  This aims to of reducing food miles and waste as well as reconnecting food production with the urban user.

The buildings double-skin facade was a key area of development in the project with the idea being that the secondary façade acts as a screen and controls the view inside the building. The design was created using a series of iterative techniques including developmental clay models to explore the size and shape of the perforation, the use of grasshopper to create intricate panel patterns inspired by the formation of leaves. This led to the construction of a 1:5 detail model used to explore the shadows created by the secondary skin and how they would affect the interior qualities of space. Another key element of the building's form is the cantilevered spaces which were incorporated into the design to act as larger viewpoints into the building which would show the programme and processes behind the façade.

Overall sustainability and resilience were key themes that helped inform my design development with the aim of creating an innovative scheme. 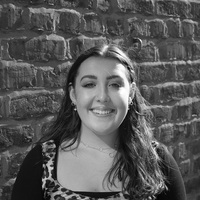