My chosen city, Qingdao is a Chinese coastal city that was occupied by Germany and Japan during the two world wars. The Liyuan was a poor residential area built by the Germans in China, and the form of the Liyuan is similar to that of the Beijing Hutongs.

As a result of the German and Japanese occupation of Qingdao, the building materials and structure of the Liyuan changed four times.

The original liyuan was a mixed-use building, usually with shops for the outside people on the ground floor, bedrooms on the first floor, a communal kitchen and bathroom on each floor, and yard is public space, which was usually a playground or outdoor theatre.

Due to the particular historical background, today, the Liyuan courtyards are surrounded by European style buildings, but the liyuan is a traditional Chinese architectural style, like these red roofs.

After my research, the existing problems facing the old blocks are the lack of public space, the occupation of public space and the poor condition of the buildings. So, the aim of my project is to solve the current problems in the old blocks. The Old blocks is located in the city centre and there are three main types of users in the area: elderly people, children and young artists.

All courtyard buildings can be divided into three types. The first is that the buildings can continue to be used after the yard is cleared. The second is that there are illegal buildings in the yard. These courtyards have poor lighting and few people live there. The third type is the damaged courtyard, which is almost no one uses.

Based on the above research, I have some proposals for the old blocks.

For the second and third types of courtyards, I propose the concept of renovation. Taking one block as an example, I will open the originally independent courtyard and connect it to other courtyards, changing the narrow one-way street into a footpath. In this way, each courtyard is not only a separate yard, but a larger public space. Because the courtyard is a semi-public building, I proposed three proposals. The first is to maintain the status quo. The courtyard is private space. The second is to turn the room into a semi-public. The third is to completely turn the courtyard into a public space and connect it with the road.

After the renovation, a room on the ground floor was opened, and the courtyard was connected by this entrance. The functions of each courtyard will be reorganized.

For courtyards that can continue to be used, I will clean up illegal buildings and personal belongings in the yard and corridors. The cleared public space can be used for activities and displays. 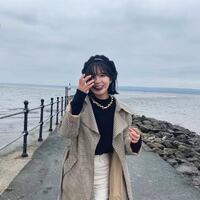