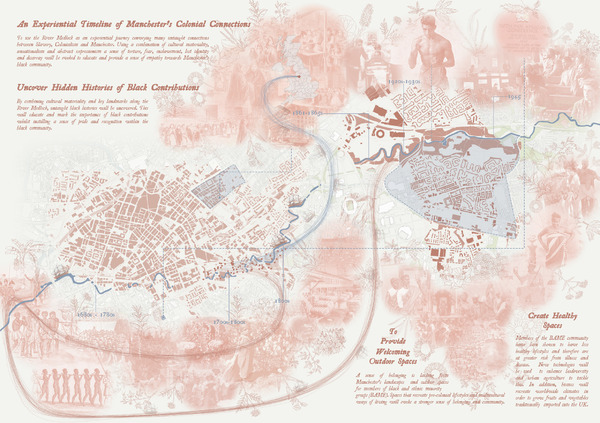 The River Medlock - neglected, ignored, unheard, unseen. Much like the lives of the black communities in the USA and UK. Trans-Atlantic relations have been strong over many centuries, but the significance of Black history and excellence during this period has, much like the Medlock, been neglected.

Manchester's industrial history has been celebrated, but little are people aware of the black contributions towards this. The Cotton Industry once brought forward mass employment in the city. Cotton that was hand picked in brutal conditions of the Southern states of America, by black African slaves. Emancipation leading to the abolition of slavery lead to the Lancashire Cotton Famine, leaving millions unemployed. Manchester is home to the first black professional boxer ever, Len Johnson. Manchester is home to the first black professional footballer ever, Arthur Wharton. Manchester was home of the Fifth Pan African Congress in 1945, leading to the independence of numerous African nations. Manchester has significant black history.

The River Medlock is a symbol of black history – neglected, ignored, forgotten about. Experiential landscape architecture was brought forward in this project, bringing back to life the river itself as well as the black history of Manchester. The Trans-Atlantic slave trade was the basis of this journey along the river. Five different sites were assigned a typology based on the emotions felt on the existing spaces. These emotions are linked to the feelings experienced in this infamous period. Chronologically the typologies include ‘Fear & Anxiety’, ‘Assimilation’, ‘Grief’, ‘Rebellion & Escape’ and, culminating at Clayton Vale, in an area of a strong black community, Clayton, lies the typology ‘Freedom?’. Each typology provides an evocative, experiential space that aims to educate on black history in Manchester, whilst serving the black community from a health and social point of view. 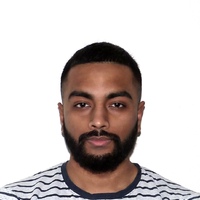