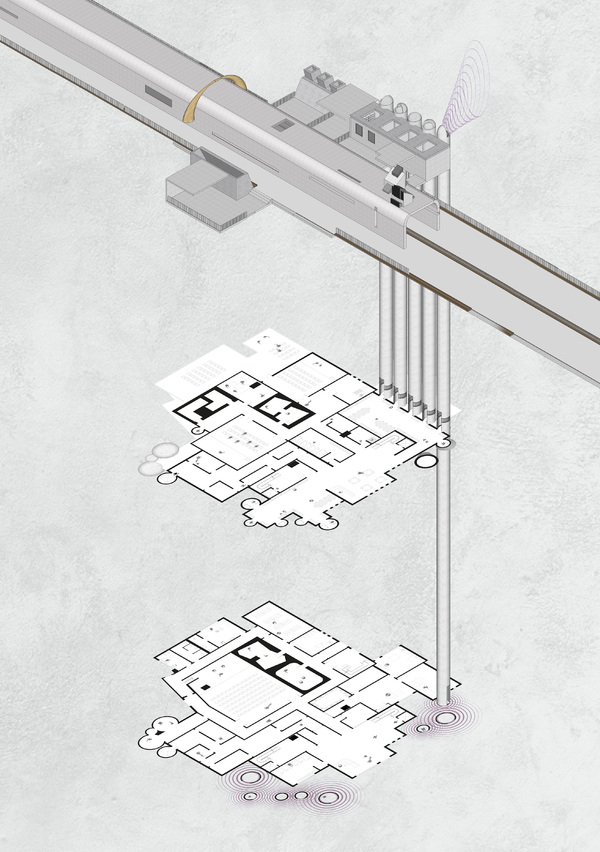 'Amplfied' is a performance venue, sound archive, and museum sitting on the intersection of Oxford Road and the Sounding Belt. Visitors are able to uncover the unique and isolated soundscapes created by the connection of the building and the Mancunian Way and use the public performance chambers to set the future sound of Manchester.

The project developed out of an absence of a definable sound of the Mancunian Way, the 3km terrain vague sprawled across the city. Using sound as a regenerative medium, 'Amplified' is a manifestation of Manchester’s musical heritage and also seeks to source and answer to its future sound. An amalgamation that grounds the building in Manchester’s aural history through the exhibition and archiving whilst providing a platform for performance and research into the sounds of the urban realm.

Building a relationship with the sounding belt established on top of the Mancunian Way provides the backbone of the building’s scheme of broadcast. From the human to city scale, the building acts as a broadcasting device specifically aimed at re-establishing Manchester’s sound with the city-at-large.

Manchester has always been a key player in shaping the culture of Britain, many of these events have been strongly linked to sound, from the rattling of the cotton-weaving looms to the bouncing bass of Friday nights at the Haҫienda. This building brings together those elements in a celebrate the rich musical culture of Manchester. 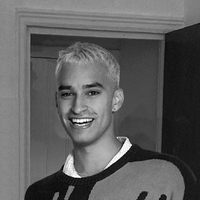