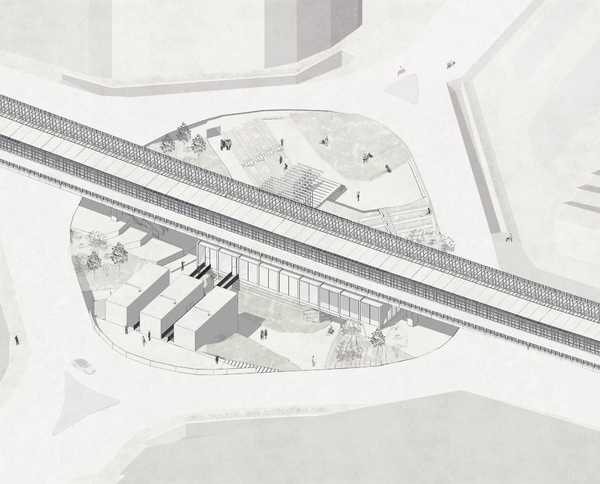 The Civic Sanctuary provides a place for isolation, exercise, socialising and meditation through a series of underground Meditation Chambers and the ‘Wellness Studio’ – a building that accommodates a yoga and meditation studio as well as a café & kitchen with a terrace.

Located at Cambridge Street Junction Park, the Civic Sanctuary redefines the existing mass of the Mancunian Way as a backbone upon which a new walk and cycleway provides pedestrian passage across the City from Hulme to Piccadilly, along with the Wellness Studio and Meditation Chambers.

The less recognised but wide-ranging mental health difficulties that much of the UKs population faces have only been exacerbated by a difficult year. In addressing this, The Civic Sanctuary intends to allow users to find sanctuary and to escape tumultuous city life in isolation, or with others, through meeting, exercising, congregating and relaxing among other city dwellers.

The design comes with the hope that the Mancunian Way could begin to be reused as a social asset to Manchester, activating a state of change where further redevelopments prevent it from continuing life as a barrier between people and communities. 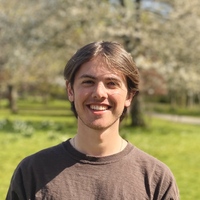