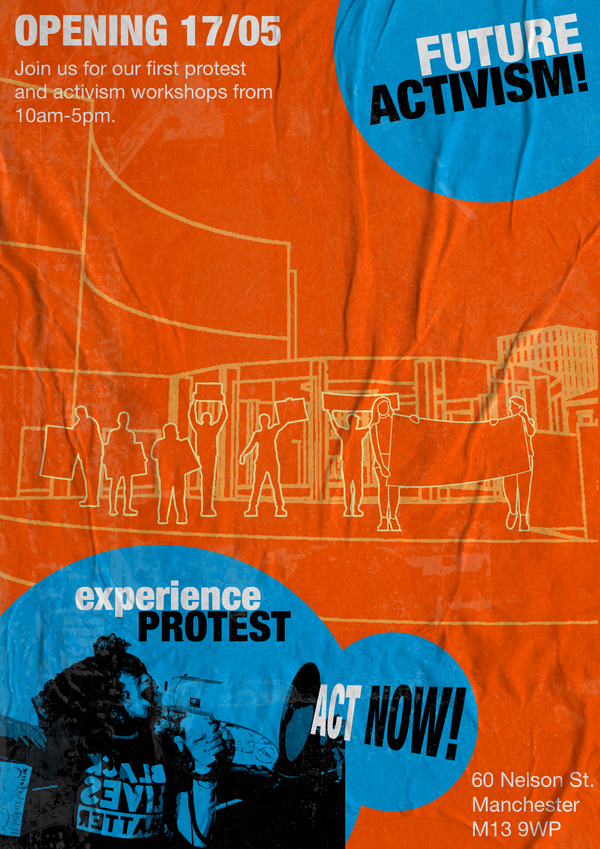 This scheme explores themes of activism and protest through an archival museum and an activist hub. Users follow a trail that connects the different sites of protest in the city to the scheme where they then learn about the different protests through the waves of feminism. The scheme is designed to educate the public, and help them reflect and discuss the issues surrounding protests, with the aim of encouraging them to become activists. The scheme's circulation strategy of assembly and dispersal mimics that of a protest coming together, following a specific route around the city before dispersing again to reflect on their experience. The reflection concept is carried through to the archive as users reflect inbetween exhibitions via a breathable interstitial space. The landscape encourages this further through small circular pods in between the archive and the activist hub.

The activist hub, a space for current discussion and activism, is the heart of the scheme. The building encourages collaboration between activists through an open plan design for interaction, and circular tables allowing for equal participation from users. The activists are more likely to create a larger impact on society in this way as they can work as a team by sharing knowledge and helping eachother. The platform area outside the building plays on the idea of a 'soap box', as protesters gather to vocalise their positions.

The political and social themes of the project highlight my long-standing interest in socially driven architecture, and broader political movements. I am motivated by a love for community, and the furtherment of social enterprises. I want to help bring people together, and make as positive an impact as possible in local society. 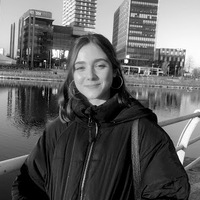