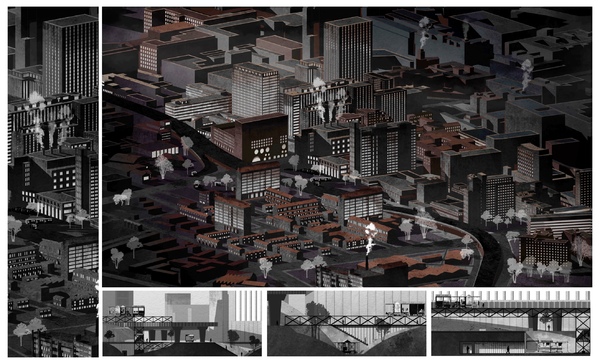 The following project titled ’Time as a function of urban renewal’, looks into ways in which a permeant night time cafe culture can be introduced into the city of Manchester. The project is split into two parts. Part 1 develops a peripatetic pod that consist of an interior and exterior integrated frame that allows the structure to expand and in turn connect to other pods. This design focuses on introducing temporary installations along the Mancunian way, inspired by the Japanese Yatai its movement is dictated by climate, seasonal changes and the populations movement (opening and closing times of major commercial areas). Part 2 looks into creating a series of permeant structures and gardens who’s aim is to create a unique social environment relative to Manchester. This unique cultural sub section within the urban landscape, whose social atmosphere mimics that of the Manchester Christmas markets at night, becomes the main driver in introducing members of the public into the site. As the Mancunian way acts as a border between urban and suburban Manchester, Part 2 consist of 4 subsections whose purpose is to attract the varying demographics that exist around d the monolithic structure. The design contains a cafe/restaurant, a jazz lounge, a library and an underground parking network. The first three sections aim to attract various age ranges to the site, while a series of gardens act as a buffer zone whereby various member fo the community join together. The parking network serves to make the pods representative of the main design, once they move to other locations around the city members of the public will subconsciously link the temporary installation with the night time cafe culture achieved in part 2. This will allows the designs influence to constantly branch out across the urban landscape. 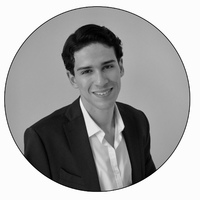