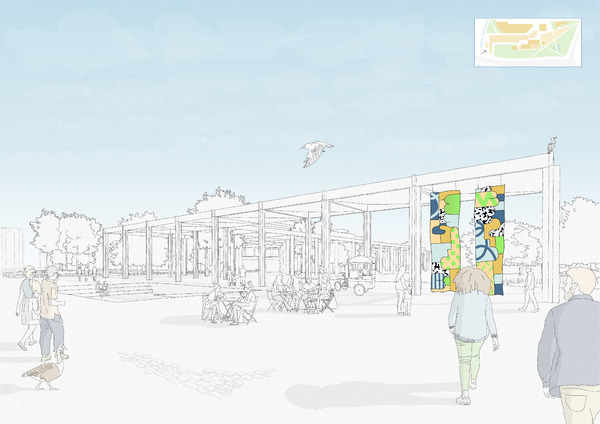 ‘In a context of increasingly privatised space, how could informal interventions and architectural design reshape a context for those that do not fit the capitalist norms?’

This thesis aims to understand the impact of gentrification and privatisation on the ex-industrial landscape. It analyses the neighbourhood’s fragile social infrastructure, fractured from slum clearances, ex-industrial hardship and the current forces of gentrification. It highlights the community groups who are rebuilding these social ties through the interaction in, maintenance of and fight for, public space. The thesis demonstrates the struggle between local campaign groups and the city council, noting the tension between commercial development at the expense of green space. This struggle exists at a time when the council has delcared a climate emergency and the city suffers from illegal levels of pollution.

The masterplan, which sits on Ancoats’ contested Ex-Retail Site, strives to rebuild the neighbourhood’s social infrastructure. The project looks to empower the community through the establishment of Ancoats’ Community Land Trust to have part ownership of the site to ensure that redevelopment is in line with the community’s needs.

This proposal centres on 3 keys aspects: the People’s Park, the Exchange Market and the Urban Farm. The park, a key requirement of local campaign group Trees Not Cars, is a much needed green space that fights the illegal pollution and provides recreation. The market centres on the need for less ‘capital centric’ forces to dictate the way we acquire goods and services and the urban farm is a timely reminder of the importance of fundamental human needs, like sustenance, in a time when many are focused on the acquirement of capital within Manchester’s property boom. 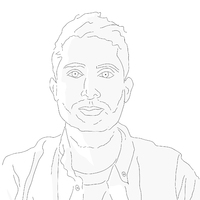