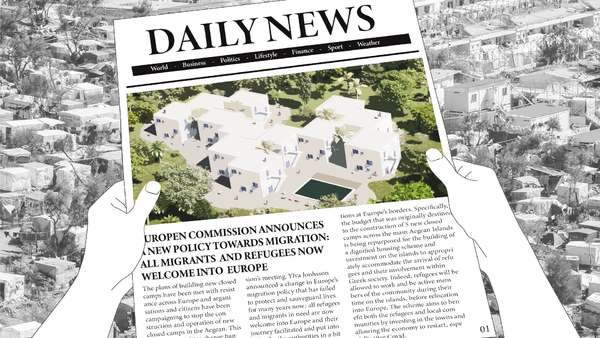 The Transitional Space of Refugee Hotspot Islands is an investigation that examines how we could deal with the issue of overcrowded camps on the Aegean islands by understanding that they represent a constant issue rather than a temporary emergency.

Throughout this project I have been collaborating with an international organization, Europe Must Act. This has given me insights on the current situation, an activist perspective on the issue and a platform to share my research.

This thesis employs architecture as a humanitarian tool to highlight the issue of unsafe migration, challenge European policies and shift the negative narrative surrounding refugees. The output of the investigation is a campaign that aims to cause a strong emotional reaction in the audience, increasing awareness on the topic. The affective images juxtapose photographs of refugees in camps with images of refugees in Greek-like housing. The intention of the images is to change the negative light in which refugees are often portrayed. We are becoming so used to seeing refugees and asylum seekers in disastrous conditions that refugee camps are now almost “normalized”. This investigation also intends to challenge the design community’s understanding that designing “better” refugee camps is the way forward. Instead, by designing yet another camp we are supporting the idea that it is okay for refugees to live in camps.

A feasibility study was undertaken at island, city, site and building scale to support the images created for the campaign. The study repurposes the government’s budget for building new camps on the island to illustrate what the possibilities would be if refugees and asylum seekers were welcomed. The feasibility study was undertaken to show that the images created for the campaign are plausible and it demonstrates that the issue stands with government’s policies and not with a lack of budget and resources. 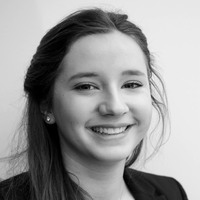