My thesis project, ‘The Radical Incubator’, is a proposal for a virtual reality exhibition that builds on the themes of radicalism, protest, and Pan-Africanism. Initial explorations into the use of charcoal as an affective medium focused on telling individual, hidden stories that centre on underrepresented voices and groups. Charcoal was used to produce stop-motion films, to take rubbings of urban textures as well as to combine with digital tools such as Augmented Reality (AR). These initial explorations led to an in-depth historic analysis of an underrepresented radical event in Manchester, the 5th Pan-African Congress (PAC). This involved interviewing and corresponding with historians about the 5th PAC, which took place in 1945 at a key moment where anti-colonial sentiments were at a high post the second World War. These interviews informed the re-construction of spaces which no longer exist that supported 5th PAC along Oxford Road, including the Chorlton-on-Medlock Town Hall and the black-owned community spaces owned by Ras Makonnen, Makonnen's business acumen made it possible for his colleagues in Manchester to host such an event.

The design aspect of the thesis project focuses on proposing a virtual 'incubator' that takes the visitor through the key spaces of the 5th Pan-African Congress (PAC) to highlight the depth of history that once existed in Manchester but has been erased by time and new development using Virtual Reality (VR). Part of the proposal is a walkway that draws the visitor up through the existing facade of Chorlton-on-Medlock Town Hall, while the other part involves virtual spaces that can be viewed through a VR headset. What’s more, the use of VR can be applied to other movements and historic events to foster empathy and understanding amongst the people of Manchester. 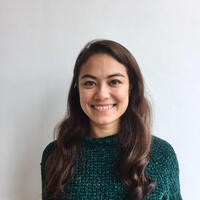