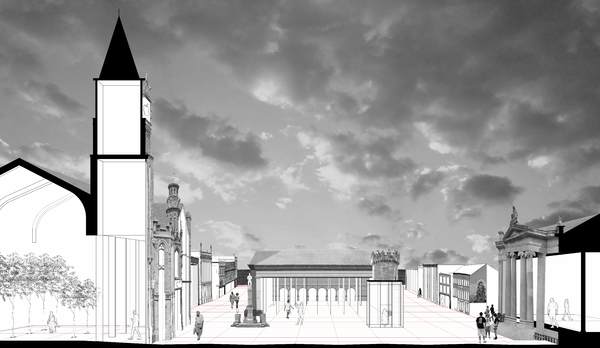 Apple Town is a proposal for an Apple Company Town, located in Derry. I began this thesis wanting to explore privatisation in the city. I was interested in the increasing prevalence of privately-owned-public space, the undefined boundaries of these spaces and how they enforce a different experience of the city depending on who you are.

Researching the effect of Brexit on global corporations, I was interested in the opportunity the Irish border presented where a city area could span EU and UK tax jurisdictions. This led me to study company towns as an extreme relationship between companies and their employees, where infrastructure and social organisation is monopolised by the corporation. Historically company towns have been located in isolated areas of natural resources, however recently a trend dominated by Amazon and Microsoft has shown the value of locating in a city. Large corporations provide thousands of local jobs, so can negotiate tax waivers and other perks.

I chose to focus on Apple as their priority is design and user experience. I wanted to explore the conflict that would be created between a replicable product and the expanding and chaotic nature of a city. Researching Apple stores, products and design guidelines I found an uncompromising aesthetic and layout which all stores are ordered by and an extension into the public realm through plazas and building sections. Through a series of planning experiments, examining precedents of tabla rasa, moving buildings on rails and carving an axis through the city, I reorganised Derry to adhere to Apple guidelines.

My proposal describes the city as a product that can be replicated updated and marketed. As well as the bizarre reality of imposing Apple principles onto Derry. I aim to illustrate the contradictions caused by increasing commercialisation of public space, planned for private profit. 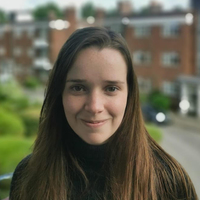